God’s favor, how does it work? 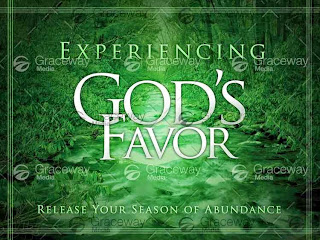