God will turn it around 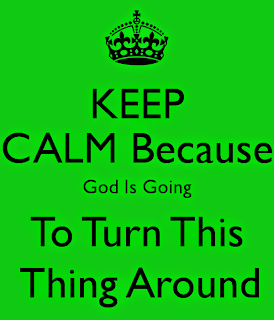 This week God Almighty will intervene into your affairs and bring a complete stop to the relentless
unlawful attacks against you.

The lord wants to assure someone today, that this week he will pull you out of trouble and bring your enemy into the very trap they've set for you. You will observe the invisible hand of the Lord our God manifest in your situation.

Haman, who was promoted by king Ahasuerus above all the  princes, thought he had it all figured out in his quest to destroy the people of God (the Jews) by deceiving king Ahasuerus into signing a decree to destroy the Jews. In fact he was so confident of his bid that he had a gallow erected for the sole purpose of having Mordecai, who was also a Jew hung on it.

What Haman did not know was the simple fact that God had already put Esther in place for such a time as this! Question! Who has God put in place over your matter for such a time as this? Long story short, the very gallows that Mr. Haman had erected for Mordecai's demise became the gallows that Mr. Haman himself was eventually hung on....... Won't He (God) turn it around?

"I PROPHECY THAT NOT ONLY WILL GOD BRING AN END TO YOUR FRUSTRATING MATTER BUT THAT HE WILL ALSO PERFORM A HAMAN AND MORDECAI MOVE IN THE MIDST OF YOUR SITUATION IN THE NAME OF JESUS CHRIST! These oppressors that you see today you will see no more!

"The righteous is delivered from trouble, But the wicked takes his place" Proverbs 11:8. God will honor his word.....

Written By: Kevin L A Ewing
kevinewing@coralwave.com
kevinlaewing.blogspot.com
at April 08, 2015 No comments:

Email ThisBlogThis!Share to TwitterShare to FacebookShare to Pinterest
Labels: Prophecy

Loose me and let me go, you false prophet! 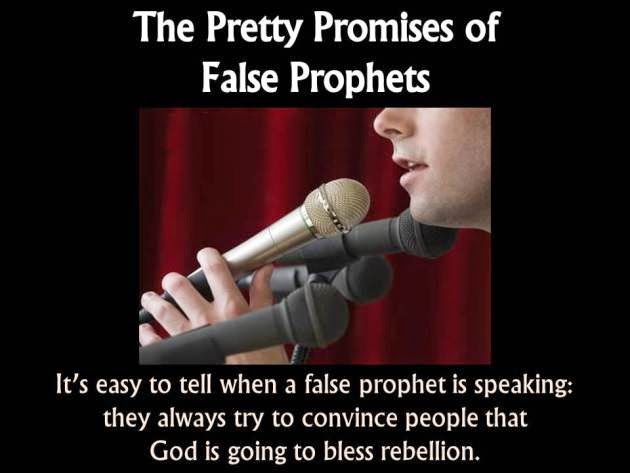 Several years ago a good friend of mine invited me to a service of someone that was known by many to be a "prophet." In all honesty, I really wasn't interested in attending and as a result refused the invitation.

Anyway, my friend was persistent and had told me many stories of this "prophet" declaring things that manifested in my friend's life. Anyway, to get my friend off my back, I decided to go to one of the services. Unfortunately, had I known what I know today I would never have attended or invested my time in what later pan out to be a trap of the devil.

Long story short the things that this so called "prophet" prophesied over my life and my ignorance of coming in agreement with him, literally changed the course of my life for the worse!! It took years of study to reach the understanding of what I had allowed this prophet to do to me spiritually thus hindering me physically.

In my quest to learn more about these evil people as a result of what was done to me. I discovered a common trend among them, and that is these so called prophets are always trying to prove to their victims that they are from God by revealing things from their victim's past or providing history about their victim's life or a family member, etc. Well, this is exactly what familiar spirits also do. I mean just think about it for a second, there is absolutely nowhere in scripture where God through his men and women of God had to make statements or reveal things that were wrong with an individual to prove that they were from God. If a so called prophet describes your bedroom, or provide your street address or telephone number, does that make him a prophet? Correct me if I am wrong but doesn't scripture instructs us to try the" spirit" to determine if that person is of God or not, 1 John 4:1? Why isn't anyone testing the spirit of these folks?

A prophet is a person who speaks for God or a deity, or by divine inspiration, thus there are false prophets and true prophets, so the question is, which spirit or deity is speaking through this prophet?. When God speaks through a real prophet, it is usually along the lines of God's will for that individual's life. Whatever it is that God is saying it will, for the most part, be about God's future plans for that person that he has already established and more importantly their ministry in the earth to advance the kingdom of God while fulfilling the will of God.This is why God said the following, "For I know the thoughts that I think toward you, saith the LORD, thoughts of peace, and not of evil, to give you an expected end" Jeremiah 29:11. An expected end refers to things concerning the future that God has already declared.

Therefore a false prophet will, for the most part, take you back in time focusing on past events that will feed and satisfy your flesh in an attempt to convince you that they are real. At the same time bringing glory to themselves, thus decorating themselves with titles such as super prophet, master prophet, chief prophet, etc. Did Jesus the greatest prophet of all ever referred to himself or labeled himself as the master or super duper prophet?, Instead he humbly said that he does nothing unless his Father instructs him to. Nevertheless, the false prophet will continue to concentrate on your hurt of the past, describing the interior of your home, speaking about current events such as bad relations with family members, jealousy on the job or revealing your phone number, street address, etc.

Imagine Jesus prophetically speaking to someone can you imagine him doing this? These are all demonic tactics calculated by evil spirits, in particular, familiar spirits working through these false prophets via divination. Trying the spirit to see if it is of God or not means that your spirit will bear witness if that so called prophet have the spirit of God operating in him in spite of what may seem to be true in what he's saying. If they are not of God then spiritually it just won't add up to you, in other word something just don't seem right even though some of the things the "prophet have said are true." Scripture says, "But the natural man receives not the things of the Spirit of God: for they are foolishness unto him: neither can he know them because they are spiritually discerned" 1 Corinthians 2:14. Did you get that? "The things of God are spiritually discerned" this is why the false prophet stay focused and at the same time keeping your focus on the natural things such as prophesying phone numbers, street addresses etc.such things are not spiritually discerned these things are being compared to what your flesh recognize to trap you.

When I came to the understanding of this, I had to now go back and do a review of my life and begin coming against the false prophecies that were spoken over my life that I in my ignorance agreed to by accepting the word of these "prophets." I was confused for many years wondering why things were not happening for me especially since I was doing everything biblical to change my circumstances. What I didn't know was that those false prophecies over my life were the invisible barriers that had set restrictions on my life. Hear me today my friend. God is a God of covenants, and he honors covenants, and if you've made a covenant with these false prophets knowingly or unknowingly, then this just could be why your life is going absolutely nowhere if not backward.

I want to say to someone today. Yes! I know that some of the things the so called prophet has said maybe true. However, Scripture says, "he that is spiritual compare spiritual things with spiritual things. In fact, here is what scripture says, "Now we have received, not the spirit of the world, but the spirit which is of God; that we might know the things that are freely given to us of God. If the things of God are freely given by God then why are prophets and their cohorts demanding that you sow a seed as a result of what was prophesied? This is a major red flag, my friend. Which things also we speak, not in the words which man's wisdom teaches, but which the Holy Ghost teaches; comparing spiritual things with spiritual, 1 Corinthians 2:12-13. Just think about it, year after year prophecy after prophecy and there has either been zero manifestation, the opposite of what was said has happened, or things have gotten worse. When will you wake up and conclude that these circus performers had your life on hold and anchored in a desert place with their lies and deception, not to mention the thousands of dollars you've paid for those lies and web of deceit they've sold you over the years. Please retrieve your spiritual compass and ask God to redirect you to where you should have been at this point in your life while at the same time renouncing and rejecting every false prophecy that has ever been spoken over your life in the name of Jesus the Christ!

Written By: Kevin L A Ewing
kevinewing@coralwave.com
kevinlaewing.blogspot.com
at April 08, 2015 No comments: