Signing documents in a dream 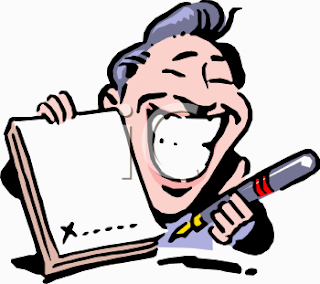 I wrote an article sometime ago in reference to dreams that include the dreamer signing certain
documents or being asked to sign certain papers in their dreams. I also made mention in that particular article that such dreams are usually presented to us when there is a breakthrough, miracle or blessing from God on the horizon.

Well, upon waking this morning, I vividly recall having a dream and in this dream there was a lady that appeared to be a former co-worker. Anyway, we were in a home that I was not familiar with and she was moving from room to room as if she was getting dress to go somewhere. While getting dress she's briefly chatting with me but never seem to be focus. All of a sudden we're in what seem to be a kitchen area, even though I didn't recall seeing any kitchen appliances.

Anyway, I am now looking at a table that is in the center of this "kitchen" and these pair of hands appeared pointing at a colored document. While I did not see a body attached to these hands. The actions of the hands were as if it was speaking to me through its gestures. The hands began to point at different sections of this document, that upon giving it a closer inspection it now appeared to be an "expense report". So after the hands pointed at all of the sections that was on this document, the hands then finally pointed at the bottom that required my signature.

It was at this point that I woke up out of the dream. Now, I don't recall signing this document but just to be on the safe side I immediately went into prayer, renouncing, rejecting, canceling and rebuking any and all evil covenants that the enemy attempted to have me agree to spiritually via that evil document in my dream. As a reminder, our dreams are real and it is revealing the origin of all things. In other words, our dream which is the spirit realm is the world where everything is conceived prior to its physical manifestation in our natural world. As a result, whatever is conceived in the spirit world, our natural is where it intends to give birth.

Consequently, even though our physical bodies are asleep, our human spirits do not sleep, instead our spirit is fully engaged with the activities of the spirit world. It is this world that the enemy knows most of us are not familiar with and as a result he takes full advantage of the ignorance of the dreamer. The scriptural law that supports Satan and his evil spirits planting evil seeds in our dreams is found in Matthew 13:25 which states the following, "But while men "SLEPT", his enemy came and sowed tares among the wheat, and went his way".

So, in essence, had I signed that document, the reality is my spirit would have agreed with the spirit that was instructing me to sign whatever that document represented which was in my opinion clearly trying to secure a curse on my finances. There were too many red flags in my dream that made it easy for me to determine that it was a dream from the enemy's camp seeking spiritual approval to secure the legal rights to oppress me. For example, why would I be in an unknown house with a former co-worker that I haven't seen in well of 15 years? Secondly, Why is she chatting with me but really, I didn't understanding what she's saying to me and she's very unfocused in this dream, almost as if I was being distracted by her behavior. Finally, not only am I in a kitchen with no stove or refrigerator but why am I observing a pair of hands that do not have a body attached to it insisting that I signed what appeared to be an expense report? What was this expense report about, how did I incur the allege charges on this expense report, who is giving the approval or disapproval of this expense report?

This is why it is important for you to place serious attention on who or what is offering you whatever in your dream or what is it that you're being asked to signed in your dream simply because it will have serious spiritual and physical implications in your life. Your signing whatever document in your dream is literally forging a covenant with spirits to have legal access to your life. Again, such dreams are in an attempt to block what God has pending for you in the not too distant future.

Email ThisBlogThis!Share to TwitterShare to FacebookShare to Pinterest
Labels: Dreams

Evil Spirits Are The Puppet Masters To your Human Enemies 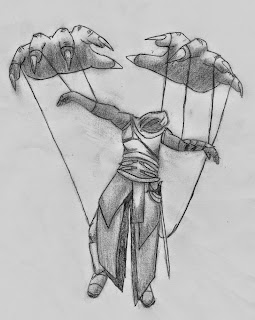 God will cause your enemies and haters to see the greatness and potential in you that you've failed to see in yourself!

When I look back over my life. I have come to the realization that my former haters and enemies were for the most part always in a better position than me. So the question is, what exactly were they hating on better yet why were they an enemy towards me when they were way ahead of me materially and financially?

The reality is because our physical enemies (humans beings) are unknowingly being influenced, persuaded, and led by evil spirits that are fully aware of what God has set aside for us along with what God has called us to be. These same spirits of jealousy, hate, anger, anti-progress and the like places a demand on their human agents to block, challenge or hinder anything that remotely resembles advancement for you. Trust me when I say to you that there is always a spirit behind what's challenging your efforts. However, a part of that particular spirit's success is to cause the one whom they're challenging to always focus on what they see as the source of contention such as human beings, places, and things. Many folks are reading this article right now, who should have been much further than they currently are. Unfortunately, you've accepted Satan's bate in becoming a bully to your bullies, and enemy to your enemies and a hater to their haters. In doing the same things their human enemies are doing to them, it has panned out for them a life of stagnation, misery, and anti-progress. The scriptures clearly say that our real fight is not with flesh and blood (human beings). Instead, we are in a constant battle with (invisible forces) evil spirits of jealousy, pride, adultery, fornication and the like that are operating through human beings to do their bidding in the earth, Ephesians 6:12

This is why it is not spiritually wise to become an enemy to your human enemy. Instead, as a believer of Jesus Christ, your primary focus must be recognizing and discerning the myriad of spirits using these folks to challenge and resist you. Secondly, your fight via prayer must be aimed at the spirits of jealousy, hate, discord, or whatever you have determined the operating spirits to be instead of their puppets, which are their human host!

In all honesty, most of the folks that are against you cannot give a valid reason as to why they hate you. More so, their intense jealousy towards you is unwarranted because, more than likely, they are in better positions than you. If asked, by anyone why they hate you so much, the answer would probably be, "I don't know I just can't stand them." Again, just another piece of evidence of a spirit influencing them to hate you.

Please, always keep at the forefront of your mind that you are fighting spirits who are using their human agents to block, hinder or hijack the spiritual blessings that God had in place for you before the foundation of the world.