Destroying the covenants of our ancestors 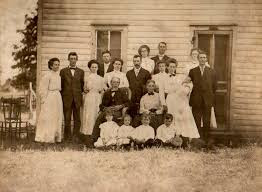 “Our ancestors have sinned, but now they’re dead but we the current generation are left to bear their iniquities” Lamentations 5:7

The above scripture when observed from the surface may not seem to be a significant passage of scripture. However, when we analytically review this particular scripture and now measure it up to the quality of our lives. Surprisingly, there just seem to be a realistic comparison. For example, you were disciplined in your studies where you were able to attain a master’s degree. However, you now realize that even while being equipped with such a prestigious degree. It was not sufficient to prevent you from
being a victim of the negative pattern of divorce that is so prevalent in your family. Aside from the above example, you were being considered for a well-deserved promotion, only to learn that someone less qualified was given the promotion. To add salt to injury, your doctor’s report just came back confirming that you have been diagnosed with Cancer. Again, while you may have been the only one in your family to break the ceiling of education to achieve a master’s degree, it did not stop the all too common negative patterns that are synonymous with your family lineage such as Cancer, divorce, anti-promotion, etc.

Many of us have observed these vicious, merciless evil patterns playing itself out in our lives and the lives of our loved ones. Somehow, we’ve reasoned with these occurrences and chalked it up by concluding that such things are normal and it probably happens to everyone. Many of you probably reading this article right now have had men and women of God speak into your lives or even prophesied to you about certain things changing in your life such as a future promotion, a new home, etc. Nevertheless, because such prophecies have not panned out, we are quick to label the prophets as false prophets. Now, while I would agree that there are many false prophets I also know that from a biblical position that there could be an underlying undiagnosed spiritual issue that’s preventing certain things from happening in your life.

The scripture mentioned above which is a spiritual law is exposing to us the evil patterns that are manifesting in our lives, and by extension, the lives of our fellow family members do have an origin! In other words, the cycles of negative patterns in our lives are not happening because they could happen or they’re happening by chance. Instead, there were certain forbidden practices that our ancestors engaged in that automatically levied these consistent evil patterns on us. This forbidden practice of which I speak is known from a biblical perspective as idol worship, which we are aware of being witchcraft, Voodoo, Obeah, Santeria, etc.

In the book of Exodus 20:2-5, it reads as follows:
“I am the LORD your God, who brought you out of Egypt, out of the land of slavery. You shall have no other “gods” before me. You shall not make for yourself an image (idol) in the form of anything in heaven above or on the earth beneath or in the waters below. You shall not bow down to them or worship them; for I, the LORD your God, am a jealous God, punishing the children for the sin of the parents to the third and fourth generation of those who hate me”

The above scripture has made it clear as it relates to God’s position on serving and worshiping other gods and that the punishment of such behavior would be where God (not Satan) will punish the present children of those that practice such forbidden acts and extend it all the way up to their third and fourth generation. As a result of this law, it now explains why you are either not achieving or not being able to go past a certain point or even living a life of negative evil patterns that has literally disable and cripple you and your family.

With the above understanding in mind, we must also come to the reality that when our ancestors from all the way back to the fourth generation, decided to seek solutions or wanted to place a “fix, hex, spell or curse” on someone through the assistance of witchcraft workers. They unknowingly were causing curses to be levied on us who weren’t even born yet which would have spiritually set restrictions and limitations on us as soon as we were born. So, in essence, it is those evil covenants established with evil spirits for whatever reason that’s affecting us to this day, simply because they were never confessed or recognized and broken, renounced etc.

You might say, “Well Kevin my parents and grandparents were men and women of God so what you’re saying certainly does not apply to me and my family. Well, you just may be right but let’s look at it from a different angle. Do you recall your parents, grandparents or any family member mopping their floor with turpentine, Florida Water? What about sprinkling salt around the home or sprinkling ammonia inside the home or having garlic placed on their person to ward off spirits? What about tying black strings around the children wrist or leg when the child became irritable and found it difficult to sleep? Let’s take it a step further, what about the specific candles your parents etc would burn over a certain piece of paper or place a piece of paper with someone name written on it, on the inside of their shoes? What was that big evil looking book that you parents or grandparents always seem to be able to retrieve and recite certain stuff from when someone did them or any other family wrong?

You see my friend, it was these acts and so many other things that our ancestors and even living relatives (who also claim to be men and women of God) were and are engaging in that has caused us to be limited physically all due to what they did spiritually. You cannot allow this to go on any longer now that your understanding has been enlightened. In fact, you must not enter into 2017 with these same spiritual restrictions as a result of evil covenants established between your ancestors and evil spirits when participating in witchcraft. If you are a Christian, then you were given power by our Lord Jesus Christ to destroy all evil covenants and evil ordinances that have been unknowingly setup against you according to Luke 10:19

Please, either now or the beginning of next year, enter a three day fast to specifically renounce, reject and break all evil covenants that have covertly or overtly been speaking against your destiny as a result of the spiritual ignorance of your parents or ancestors, which has caused you not to progress in life. Begin by asking God to forgive the iniquities of your ancestors and your own sins according to Leviticus 26:40-41. Then retrieve scriptures that are relative to what Christ has done for you on the cross according to Galatians 3 and include such scriptures in your prayers during your fast, all in an effort to break the spiritual shackles that have held you back for so many years. You have asked the Lord why your life has turned out the way it did; now here is your answer. “Through knowledge shall the just be delivered” Proverbs 11:9. What happens for you physically next year will all depend on what you have broken and renounce spiritually either now or the beginning of next year!