The law of giving! 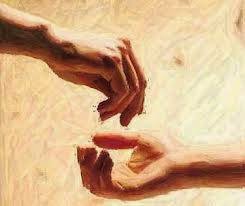 I want to challenge the thinking of someone today, who is just sick and tired of being broke. In fact, you are so fed up, you do not want to hear from another preacher begging you for another penny or asking you to sow some love seed, first fruit seed, last fruit or whatever seed.

Well my friend, today I want to provide you with the key out of your perplexing financial situation. Guess what? It does not require you giving to any religious institution.
The key to financial recovery is to give your way out of your current lacking position. Scripture says the following, “He that scatters (he that gives) will increase but he that do not give or holds on to more than he needs is guaranteed poverty.” Scripture goes on to say, “The liberal soul shall be made fat, and he that watereth shall be watered himself” (Proverbs 11:24-25).

The point I want to pound into your understanding today is simply this, stop saying you have nothing to give and stop reserving your giving only for religious institutions.

I promise you, every time you ask God for a financial release, breakthrough, miracle or whatever, the protocol to his answer will always be the above scripture, which I might add is his law. It is not by chance or accident that you have been praying for finances and all of a sudden someone in a far less position is asking you for something. It is your physical act of giving that activates the spiritual law of releasing. Does someone owe you monies and don't want to pay, then try giving. Are the courts or lending institutions holding funds for you, then begin giving if it is your desire to have those funds released.

That bum or beggar at the stop light, gas station ATM machine, is your ticket to your way out of your financial distress (simply by helping them, even though you need help yourself). The clothing and shoes that you have no more use for are all seeds to invest into someone else’s life to bring increase to you. If you refuse to activate the law of giving, then it suggests to me that you're comfortable in your broke state!

The lady at Zarephath who was sick and tired of being broke and was about to give up on life, did not realize that the small gesture of giving to Elijah the prophet (something in her possession that she thought meant nothing) would change her entire life. Her wealth, increase, abundance multiplication was wrapped up in her handful of meal and a little oil in a cruse. As small as it might be, once sown into someone else’s life, it activated the law for increase to pour into her life, (1 Kings 17:8-16).

The above scriptures provide the mystery of wealth and poverty. It clearly states if one gives he/she will increase and the liberal (free or giving) soul shall be made fat (wealthy). The scripture compounds the point by reiterating the fact that he that watereth (gives to or help others) will be watereth himself (someone must give to him).

I want to say to someone today who is sick and tired of being sick and tired, that all is not lost and there is tremendous hope. The hope is, you have something in your possession that you have been holding on to that so happens to be the root of your lack/poverty, meaning you are not releasing it. It could be money, clothing, love, unforgiveness, bottom line you must release in order to increase. I promise you, whatever you make happen for others God will make happen for you. This is a law.

Nothing is happening for you because you are not making it happen for others. Stop looking at what you do not have and begin giving what you do have, whatever that may be.
I know I am confirming some things with many of you today: to break loose of the bandages you have found yourself in, you must give your way out of your current circumstances.
“My people are perishing due to a lack of available knowledge”

Email ThisBlogThis!Share to TwitterShare to FacebookShare to Pinterest
Labels: Giving

Is your relationship advancing, stagnating or demoting you? 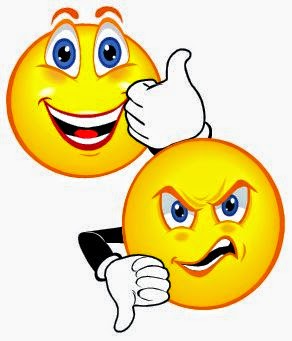 In order for you to have a clearer idea in understanding how you ended up where you're currently located, be it physically or spiritually. Then consider whom or what you have connected yourself to.

Every connection will determine one of three things as it relates to your life; it will either:

Things are not just happening to you because they can happen. Instead the history of your end result will determine that your original connection produced your current results.

The bottom line my friend, your connections has been and will continue to be the determining factor as to whatever it is that you ended up with in the end. Satan himself understands this principle, that the best way to remove a person from their God intended destiny, is to subtly connect that person with something or someone from him (Satan) in an effort to stagnate or take that person backwards in life..... My God I'm feeling this post today......

Therefore if you're dissatisfied with your current or past results in whatever area of your life, then don't blame the results, instead CONSIDER YOUR CONNECTION!

Email ThisBlogThis!Share to TwitterShare to FacebookShare to Pinterest
Labels: Relationships 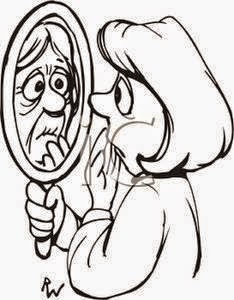 I have come to the grand conclusion that all battles that we experience during the course of our lives are
Embedded with lessons, all to change the way that we think with the goal of preparing us for where we're going.

This is so because our current way of thinking cannot appreciate where we are about to be taken. Therefore, our challenges are specially engineered by God to disrupt and dismiss our polluted way of thinking to prepare us for where we're going.

Unfortunately, we become so consumed by the agents or instruments of our battles that we over look why this campaign has come about in the first place.

Case and point, Joseph the dreamer, was hated by his brothers. Sold into slavery, became the head of Potiphar's house, falsely accused of rape, sent to prison, eventually became in charge of the prison, then finally promoted to being second in charge of all Egypt.

The point I am attempting to get to is that if you read his story, there is nowhere in his story that he became caught up or should we say distracted by the agents of his oppression. In fact, the lesson/abuse that he experienced not only prepared him for leadership but more importantly conditioned his mind in such a way that after his trials HE COULD NOT HATE HIS BROTHERS WHO CAUSED HIM TO BE IN HIS OPPRESSED POSITION IN THE FIRST PLACE.

His story goes on to reveal that after he would have revealed himself to his brother in his elevated state, he fell upon his brother Benjamin's neck and wept. Moreover, he kissed all of his brothers and wept with them, Genesis 45:14-15.

Question! How do you love someone that has done you wrong, how do you appreciate others after they have put you through so much hell?
Well, my friend, it can only come through the conditioning of the mind via the lessons that are being afforded us during our challenges. Nevertheless, you must see it from this perspective to appreciate it from this point of view.

Again, the key to this perplexing dilemma is that you must focus on the fact that what is happening to you is for a reason with the intent of preparing you for your season. This way of thinking causes you to understand that the characters involved in your oppression have no idea of how much they're playing an important part in your development for greater. In fact, without them, the purpose of what you're going through cannot be complete.

The biblical account of Joseph revealed that after his father had died, his brothers thought that Joseph would exact revenge on them for what they had done to him. However look at what Joseph said to his fearful brothers, "And Joseph said unto his brothers, fear not for am I in place of God? But as for you, you thought evil against me; but God meant it for good, to bring to pass as it is this day to save many people alive. Now fear not for I will nourish you and your little ones. And he comforted them and spoke kindly to them Genesis 50:15-21.

I want to encourage someone this morning that I am aware that it seems almost impossible to forgive someone that has set you back in life or hurt you in such a way that it feels nearly impossible to forgive them. However, I promise you that your connection with this person, group or place is not by accident and far greater than your pain. As with Joseph, it was after his testing that he understood the reason for his suffering, thus causing him to not hate his oppressors because the truth is those folks were apart of advancing him to where he was going.

My words of wisdom to you are to allow your challenges to renew your mind because its purpose is to ultimately change the way that you think so that you don't pollute where you're going. Do not place your focus on the negative to become negative instead let the negative be the symbol of what you should not be like.