Are you dreaming of the dead? 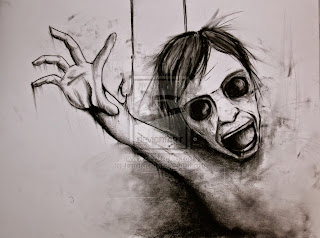 If you are constantly having dreams about dead people especially dreams of dead relatives. Then
your dreams are revealing generational curses that are either pending for your life or are actively operating in your life.

Your dead relatives that you observe in your dreams are in fact not your deceased relatives. Instead they are familiar spirits or otherwise known as masquerading spirits. These spirits are the enforcers of generational curses in the spirit realm. Whatever interaction, the dreamer has with these spirits while they are asleep (dreaming), unknowing to the dreamer these familiar spirits are in fact forging covenants with them to begin the cycle of negative patterns of defeat and failure in their lives that once took place in the lives of their deceased love ones.

I received an email sometime ago from a recently married lady who was having constant dreams of her deceased Mother and a few other decease relatives on her Mom's side of the family. Well, prior to me interpreting her dream, I asked her to try and recall as much as possible some of the most common negative traits her decease love ones experienced while they were alive.

Immediately she responded by saying that her Mom side of the family always struggled financially, even the ones that are alive. She further added that they are all educated people and that they're very good at whatever they set out to do but for some reason they were all limited in life. This lady ended the email by saying that while revealing this to me in her email it is clear to her that her life is beginning to show signs of the same negative patterns and cycles her deceased and living love ones have had and is currently experiencing.

I explained to this obviously frustrated lady that her dreams were revealing two very significant things and they were: 1) Familiar spirits have been assigned to her life via generational curses and 2) the cycle can only begin if she had any interaction with the familiar spirits that were pretending to be her deceased relatives in her dreams. She admitted that she has had several interactions in her dreams with Her deceased Mom because she loved and missed her Mom so much. Unfortunately for her that was the moment the spiritual negative patterns and cycles that took place in her deceased love ones life will now run its course in her life. Of course this can be broken via prayer and fasting, but one must be aware of the implications that such dreams produce.

However, Satan along with his demonic forces for the  most part achieve our approvals via our dreams that we usually toss to the side being completely unaware of its vital significance as it relates to evil spirits trying to obtain legal rights to begin evil patterns and negative cycles of defeat and failure in our lives. Make no mistake the power behind all generational curses will always be rooted in, "iniquity". Scripture clearly reveals to us the following in relations to iniquity, "I the Lord thy God am a jealous God, visiting the iniquity of the fathers upon the children unto the third and fourth generation of them that hate me" Exodus 20:5. Iniquity my friend is just not sin. Instead, iniquity is defined as unremorseful, willful unrepentant sin. Again, iniquity is the soil for generational curses. Familiar spirits seek the iniquity in the lives of families to enforce generational curses simply because they know that according to spiritual law iniquity gives them the legal right to execute generational curses. Scripture again informs us of the following, "Our fathers sinned, and now they're dead and we (the living generation) are left to bear their iniquities" Lamentations 5:7.

It is due to a lack of the above spiritual knowledge that folks basically volunteer unknowingly to be participants  of generational curses. If your Ancestors were involved in the practice of witchcraft, oppression or the unremorseful breaking of the laws of God. Then the seeds of generational curses has been planted in your family blood line. Nevertheless, even though your bloodline would have made you subject to a generational curse the fact still remains that you have to agree to it, thus the seeking of that approval via familiar spirits in your dreams. It is mandatory these specific dreams of your deceased love ones be challenged and cancelled via prayer and fasting.

On the other hand, if you have experienced such dreams in the past while being ignorant of the consequences that they carry. Then I strongly suggest that you enter a fast with the sole intent of breaking demonic evil covenants that you have unknowingly agreed to via interaction with deceased relatives in your dreams. You must retrieve as much scripture as possible in regards to generational blessings to include in your prayers. If you have difficulty with composing the right prayer, then feel free to email me so that I can assist with customizing a prayer specifically for you to break the evil covenants that have enslaved you to generational curses via dreams of your deceased relatives.

Written By: Kevin L A Ewing
kevinewing@coralwave.com
kevinlaewing.blogspot.com
at September 17, 2015 No comments: