He that finds a wife! 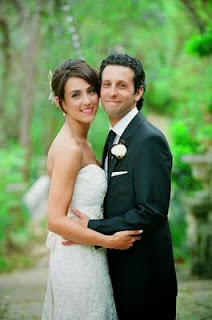 Wow! What a wonderful day to be alive. It is indeed a pleasure to not only be alive, but to challenge our thinking once again. I want to speak to the single ladies today and humbly impart some godly wisdom. Scripture says, "He that FINDS a wife finds a good thing" Proverbs 18:22. Now, we read this all the time and miss the revelation that is covertly embedded in this passage of scripture.
However, Solomon is clear when he said "He that finds a wife". Question! Can a man find a wife? Because to find a wife would suggest that the woman is married already, right? Is Solomon promoting adultery? No! He’s not, what Solomon is saying via revelation is simply this; A man must seek a woman that possess a wifely character, behavior, attitude overall a wifely way of thinking (Ladies you cannot qualify for this wife position if your thinking is of a selfish nature and being under the delusion that a wife means a man must cater to you only, The union was designed to be reciprocal as it relates to catering. With such anti wife thinking you become a liability from the beginning instead of an asset as we'll discover.
Simply put a woman, should be a wife mentally first prior to becoming a wife legally through marriage. It is only then according to scripture that when she is sought and found by a man that she becomes a good thing. The word good means that which is beneficial.
In support of this revelation God said In Genesis that it is not good that the man should be alone. Not that the man being alone was a flaw in God’s creation, but that this aspect of his creation was incomplete (Eve now becomes a necessity).
Interestingly enough God did not say he will make for him a wife, instead he said that he will make for him a help mate (describing the role and function of the "good thing" or benefit first, which equals his wife).A  Help mate is one who assists, support, help, encourage, and promotes her partner. Someone that is compatible, proper and well suited for their partner, which is the definition of what a wife should be (again, mentally first).
However, this becomes unachievable if there is any resistance or rebellion to this divine God established order from either party. Meaning, the man being the head, and the covering for his wife, and this man seeking continual direction, wisdom, knowledge and understanding from God who is indeed the architect of this union, all in an effort to unveil the divine purpose for this union.  The purpose of this union cannot be achieved if there is opposition between the parties. As a Reminder, a house divided against itself MUST fall!
The opposite or resistance to this order produces the Jezebel and Ahab spirit. Suggesting the wife taking on the head position (Jezebel spirit) and the husband being led by his wife (Ahab spirit). As a quick note, Jezebel cannot exist unless there is an Ahab, Ahab surrendered his authority to Jezebel, thus producing the following as an end result: confusion, frustration, anger, hate, unforgiveness , pride, jealousy, craftiness, manipulation, intimidation, illegal domination and eventually death.
Now does this mean that there will be no conflict between these God divine unions? Of course there will be differences, however, they are more likely to stay together rather than separate because the benefits of the relationship outweighs the differences that they experience and more importantly the application of God’s principles concerning these unions guarantees success.
Ladies my words of wisdom for you this evening is, you must be a wife mentally first before you decide to become a wife physically (legally through marriage). If this principle is not implemented prior to marriage, then any other principle is in fact the primary ingredient for destruction. As a reminder God is watching over HIS word/principle (not our words and principles) to perform it.
Written by: Minister Kevin L. A Ewing
Kevinlaewing.blogspot.com
kevinewing@coralwave.com
at June 24, 2011 4 comments: