Someone has been sent to sustain you 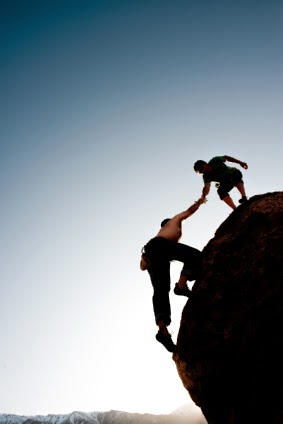 The Lord has placed you on the  mind and in the spirit of someone who may not look the part but they have been anointed just to sustain you. As a reminder, it is the anointing that destroys yokes, Isaiah 10:27.

CAUTION: The one that has been sent to sustain you, will look as if they need help themselves, nevertheless, it will be this God ordain divine connection between both of you that will supply the much needed resources to overwhelmingly satisfy you.

Scripture records that the word of the Lord came to Elijah saying, "Arise, get thee to Zarephath, which belongeth to Zidon, and dwell there: behold, I have commanded a widow woman there to sustain thee" 1 Kings 17:9.

We would later learn in this same chapter that this same widow woman needed help herself. In fact when Elijah showed up the widow woman via her own admission said to Elijah that her son and herself were about to eat the last of what they had and then prepare to die, 1 Kings 17:12. Now, least we forget, 1 Kings 17:9 clearly stated that God told Elijah that he had commanded the widow woman to sustain him. Before we proceed any further with this spiritual insight let's define the word sustain. The word sustain means to support, hold, or bear up from below; or to bear the weight of something. It also means to supply with food, drink, and other necessities of life.

Logically one must ask, if to sustain means to provide assistance to others, then how was this obviously lacking in resources widow woman suppose to sustain Elijah? Well, just like you and me Elijah could have dismissed the woman based on her appearance or obvious circumstances. However, it is clear that both parties ignored each other's physical positions and conditions and were more interested in obeying the word of the lord that was given to both of them that would later produce the manifested power of God.

As a reminder, God commanded Elijah to go to Zarephath as well as God commanded the widow woman to sustain Elijah, both parties OBEYED THE COMMAND OF THE LORD. It would have been as a result of not only their divine connection but more importantly their obedience to God that Elijah as a prophet of God declared the much needed resources into the widow woman's life, that sustained her and her son until the end of the drought that was currently going on in Israel.

I am here to tell someone reading this post that God has sent someone to sustain you. Please! Do not make the foolish mistake of judging what you think your help should look like and as a result turn away or dismiss the help that God has sent you. Secondly, and this is very important to note. The sign of the one sent to sustain you WILL COME SEEKING HELP FROM YOU! Make no mistake, it will be the assistance you lend to your unassuming sustainer that will release the much needed resources into your life. Divine connections + obedience = PROVISION!

Written By: Kevin L A Ewing
kevinewing@coralwave.com
kevinlaewing.blogspot.com
at January 26, 2015 No comments: