Our ancestors have polluted our destiny 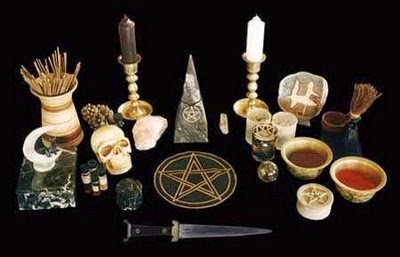 Unfortunately, most teachings that are taught on generational curses are just saturated with the visible aspect of these curses, such as, the frequency of divorce in a family, poverty, failed relationships, barrenness, sickness etc which are only the branches of the root which will always be spiritual. very rarely if ever are we taught about the spiritual aspect and origin of how generational curses are established spiritually in an effort for us to put an end to its relentless cycle physically.

Today we are about to venture into some deep revelation. In fact the understanding of what is about to be revealed via the Holy Spirit will simultaneously unveil to you how the erroneous teachings and misunderstanding of some religious institutions has not only kept you in bondage but via their ignorance maintained the consistency of your bondage. Scripture has repeatedly suggested to us that a lack of knowledge is the only ingredient that has been successfully securing our failure and destruction, Hosea 4:6. Interestingly enough Isaiah 5:13 reiterates this same point when it said, “My people are gone into captivity (bondage, incarceration, imprisoned, caged etc) because they lack knowledge. So far we can safely conclude based on the above mentioned scriptures that in order for one to fail, be defeated or destroyed there must be an absence of “KNOWLEDGE”. Knowledge simply means to be aware of something.

There are many Christians and sinners alike attempting any and everything possible to break the negative cycles of defeat, failure, poverty, sickness, frustration and the like in their lives but for some reason things as usual seems as if they are becoming rather worse than better. I know of Christians who have been saved for decades and are still bound and shackled to poverty, lack, sickness, disease etc. Some have fasted for 10, 20 and in some extreme cases 40 day but again, absolutely nothing has changed.

The number one question as a result of these folks frustration is, “What is wrong?”, “If God would only reveal to me what the problem is, and then I would fix it”. Well my friend today is your day for deliverance, scripture says, “Through “KNOWLEDGE” shall the just be delivered” Proverbs 11:9. Therefore, knowledge is the precondition to any form of deliverance in regards to spiritual freedom that will automatically produce physical freedom from the limitations that were once set on your life. With this being said let’s get right into it.

The foundation of anyone or anything will determine its integrity, its appearance, its sustainability but more importantly its quality of life. Meaning, accepting Jesus Christ as your Lord and savior qualifies us for heaven but in reality has absolutely zero to do with our quality of life while on earth. Our quality of life as a born again believer will be solely based on our application of the spiritual laws and principles that are saturated in the bible. Therefore, if you came from a family that practiced witchcraft and somehow you were initiated via blood covenants, drinking certain concoctions, being bath by some witch Doctor with special liquids or in certain places like the sea, canals, rivers etc. Then an evil covenant was forged unknowing to you. As a result your foundation has been compromised. So even after accepting Jesus Christ as lord and savior you will still experience failures, setbacks, non-progress and the like because the covenants and curses of the past has yet to be renounced, and broken via the application of the works of the cross, even though this person is a member of the body of Christ!

Scripture says the following, “If the foundation be destroyed, what can the righteous do?” Psalm 11:3. Your foundation is your past generations, bloodline and ancestors. It is through their wickedness they have compromise or polluted our foundation that has been securing the relentless generational curses that’s manifesting in our lives. Jesus Christ gave an even clearer understanding of this in Matthew 7:24-27, more specifically when he spoke about the foolish man who built his house upon the sand. Jesus said that when the elements descended upon the house it fell and great was its fall. Again, this scripture is clearly indicating that if your spiritual foundation has been compromised or tampered with then you will not be able to stand against the spiritual attacks hurled against you. Thus conforming you to a life of what plagued your past generations.

Let’s take it a little deeper; a generational curse is embedded in the spiritual root of that family. Its power and continued existence will be solely based on the ignorance and failure of that family to recognize that they are actually under a curse. In fact the demonic forces assigned to that family, which are familiar spirits will allow those folks to attend church, conferences, conclaves and follow all the church formalities and traditions but NEVER, EVER allowing them to come into the knowledge of the truth of their situation. Jesus again said the following, “Either make the tree good and his fruit good; or else make the tree corrupt and his fruit corrupt, FOR THE TREE IS KNOWN BY ITS FRUIT” Matthew 12:33. Simply put the tree represents the family, so if the family is under a curse then everyone that comes from that family is cursed. That family becomes the foundation of whatever is produced from it which is considered its fruit.

Now, let’s dig a little deeper. The genesis of a generational curse begins with what is known as iniquity. Iniquity is defined as continued, unrepeated, unconfessed habitual sin with absolutely no remorse. This is very important to note because scripture clearly tells us that it will be the “INIQUITY” of our forefathers that God will visit upon the children unto the third and fourth generation (sounds like a generational curse to me), Exodus 20:5, Exodus 34:7, Numbers 14:18 and Deut. 5:9. Now based on what we have just read we can conclude that generational curses have very little to do with us but everything to do with what Mama, Papa, Grammy, Grandfather and generations past have done that we are ignorant of (lack of knowledge of the past) that’s fueling our suffering today even though we have accepted Jesus Christ as lord and savior!

To prove this point let’s look at another passage of scripture, “Our fathers have sinned and now they are dead, but we (the current generation) are left to borne their “INIQUITY”, Lamentations 5:7. Again, it is the iniquity of our ancestors, whatever that iniquity maybe that’s securing our oppression or gives birth to our oppression. Think about it for a second, how is it that just about everyone in your family is divorced, depressed, broke, failures at relationships, never able to get ahead, etc? Well, as long as that specific iniquity is not identified and severed, then this now generation will be passing the baton on to the future generation only to repeat the same cycle of defeat and limitations in life. As a result of the spiritual information you have received thus far, now ask yourself the question, “What did my Mom, Dad and by extension my ancestors did in the past that is causing me and my family this consistent hell today?” The second question you must ask yourself is, “How much do I know about my family?” It is such questions that will begin your quest in search of the root of this cycle of repetitious defeat and failure you and your children and by extension family members are experiencing.

Please my friend; begin asking God even now to reveal the mystery behind your misery. Let God know you cannot fight what you are not aware of and that you need understanding and knowledge of the past to bring this non-sense to an abrupt end.

Whomever you maybe that’s reading this article I pray that God will open your eyes spiritually like he did for the servant of Elisha in 2 Kings 6:17 and cause you to see what was always before you spiritually but you were unable to view it physically.

Join me next time as we discover the mystery of breaking generational, blood line and ancestral curses.

Written By: Kevin L A Ewing
kevinewing@coralwave.com
kevinewing.blogspot.com
at March 10, 2014 No comments: