Your comfort zone is destroying you! 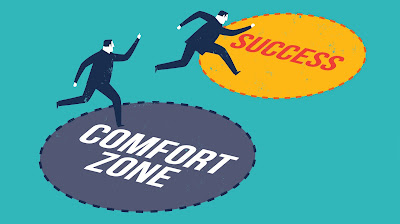 What exactly is a comfort zone? Well for the sake of this teaching a comfort zone is a mental state of ease and contentment, where one ignores all warnings and signs of danger, and becomes totally relax or lackadaisical in that particular state of mental comfort. Even though they’re acutely aware that it’s costing them physically, spiritually, financially, mentally and most importantly emotionally.

I am always challenged when I see folks that can do so much better, settling for people, places, conditions and environments that are apparently depleting them of their purposes, dreams, and aspiration. However in studying this topic, it was a necessity for me to ask myself, how does one achieve this mental state?  Better yet, how does one persuade or influence themselves that even though it’s causing them discomfort, they’re still willing and able to co-operate with its conditions?

In my search for the answers to this perplexing question, I came across a passage of scripture that basically opened my understanding to a greater reality.

King Solomon in his book of proverbs made a resounding observation concerning this matter and here is what he said:

“I went to the field of the slothful and by the vineyard of the man void of understanding; and, lo, it was all grown over with thorns, and nettles had covered the face thereof, and the stone wall thereof was broken down. Then I saw, and considered it well: I looked upon it and received instruction. Yet a little sleep, a little slumber, a little folding of the hands to sleep. So shall thy poverty come as one that traveleth and thy want as armed man” Proverbs 24:30-34.

In King Solomon’s opening sentence he begins to isolate two contributing factor that starts this comfort zone process. These factors are: being slothful and being void of understanding. The word slothful is defined as being reluctant to make an effort, sluggish or inactive. On the other hand being void of understanding suggests that one lacks the ability to grasp the importance or significance of anything.

What I found to be so profound about Solomon’s observation is that the category of people that are frequently affected by this destructive comfort zone are people of means, meaning they have the ability and recourses to do better. As evidence of this, he said, he went by the FIELD of the slothful and VINYARD of the man void of understanding, which indicates that these folks have at least above average.

Solomon further suggests that because of this mindset or narrow way of thinking it eventually produces an adverse side effect in every area of these person’s lives, through loss, depression, frustration, fatigue and ultimately a complete deterioration of all things concerning them.

Due to their slothfulness and being void of understanding Solomon said, that their resources have been neglected (such as their education monies and basic common sense.). However more importantly their walls have been broken down, walls’ being broken down speaks of these folks letting down all their defenses and their inability to fight for themselves. Therefore, their lives becoming a platform for others to traffic in and out and to take advantage of them with their full co-operation and absolutely no resistance on their end.

One must be provoked to wonder, why would a woman remain with a man that hits her? Why would that husband allow his wife to speak so disrespectfully to him privately or publicly? Why would someone with such education settle for a below standard job? Why for the love of God are you settling in that relationship (romantic, business, platonic, etc.) that is going absolutely nowhere?

Well, the answer is quite simple, you’ve found a comfort zone in your mind. In fact, a stronghold that even though it’s destroying you somehow, you’ve convinced yourself that it’s ok to be this way, and by being this way it requires little to no effort on your end to resist anything or anyone, thus providing your destructive comfort zone. Wow how sad!

Psychologist and psychiatrist have unanimously agreed that the first sign of any problem is denial. Denying any problem does not make the problem go away or repair itself. Solomon also agreed with this when he said, “Yet a little sleep, a little slumber, a little folding of the hands to sleep. So shall thy poverty come as one that traveleth and thy want as an armed man.”

Meaning, a little sleeping, slumbering and folding of the hands to sleep (ignoring the problem) will eventually leave you in a state of lack or poverty. Poverty is defined as the state or condition of having little or no money, goods, or means of support also the condition of being without adequate resources.

So, as you have read this destructive comfort zone did not happen overnight, in fact, it took time, patience, tolerance and the assistance of oneself and probably others to produce this well-crafted evil that is working towards your demise.

Solomon made it clear, he said he saw and considered it well, and received instructions from his observation. He’s hinting here that you can use his analysis as a reference point as to how not to become a victim of this vicious behavior.

Please! For those of you that this read is relevant to, awake out of your sleep shake yourself from that slumber and ask God to break indefinitely that destructive comfort zone that has held you hostage for so many years. Let me just for a few seconds remind you of what God has said to you, God said, “ for he has made you a little lower than the angels, and that he’s crowned you with glory and honor. He has made you have dominion over the works of his hands and has placed all things under your feet” (Psalms 8:5-6).

Yes! He’s speaking to you. You are not a failure, you are not a loser, you are not dumb, neither are you stupid. To the contrary, you have been blessed by God to multiply, to be fruitful, to replenish, subdue and dominate (Genesis 1:28). It is the lack of this knowledge of yourself that has entangled you in a web of lies by Satan and his human agents to keep you ignorant of who you really are.

MY PEOPLE ARE DESTROYED FOR THE LACK OF KNOWLEDGE BECAUSE YOU HAVE REJECTED KNOWLEDGE I, WILL ALSO REJECT YOU. (Hosea 4:6).

Heavenly Father, it is my prayer that your word becomes an ax to the root of every destructive comfort zone of your people. I pray Father that as your word hew away at this destructive mindset you would replace it with the knowledge of who they are and what you’ve called them to be. I come in complete agreement with all that desires a release from this spiritual cage, and I speak the life of God which is the word of God to every area of their lives that has been affected by this destructive comfort zone in the mighty, glorious and matchless name of Jesus Christ. Amen!

Email ThisBlogThis!Share to TwitterShare to FacebookShare to Pinterest
Labels: Comfort

Emotional hurt, by far is one of life’s most destructive blows to a person. In most cases I am sure all would agree that physical hurt would be preferable over emotional hurt.

Can there be anything more painful to a person than emotional hurt? Better yet have you ever experienced a relationship where you felt or knew that you were just not being heard emotionally? Now the age old argument is, “I am no mind reader, neither am I a psychic, how am I suppose to know what’s going on in your head” 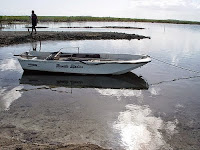 Well, guess what, it is your duty and concern to have an Idea when something is not right with your partner emotionally. (View my article on the law of association)

Now, before you attack me here, let us look at the wisdom of God’s word. Solomon the author of the book of Proverbs gave a very simple, but profound proverb, he said, “Be thou diligent to know the state of thy flock and look well to thy herd. For riches are not forever, and the crown will not endure to every generation.

It would appear as if there is a mix up here, what does hurt have to do with flock, heard, crown or riches?  Well, absolutely nothing but let us insert the points of this proverb into the emotional part of our relationships.

The word diligent means to put care and effort into what you do. The word state is defined as: the condition of someone or something. So here is the revelation: it is both parties responsibility to place care and effort on the emotional condition of each other particularly when there is a noticeable change that signals emotional hurt.

Ignoring such hurts sets the stage for the much to common silent wars between couples. Caught in its infancy can avoid a whole lot of future apologies and forgiveness.

He then goes on to say that riches does not last forever, and the crown will not be passed to every generation……what does this mean?

To continue this revelation Solomon is advising that the emotional condition that you appreciate in him/her right now will not last forever, they will not be the same everyday.  He is also subliminally suggesting that we be very cognizant of any variation of the emotional aspects of our partner.

So in other words, put aside being self absorbed, remove the lime light off ourselves for a moment and begin to silently hear the emotional pains and hurt of our partner. Put aside how we may feel and seriously consider the feelings of our significant other, if only in an effort to meet the emotional needs that has been silently crying out unnoticed by us.