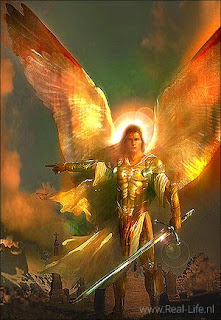 If you have left it up to God, then do just that and leave it up to him. Those that are committed to ensuring your downfall have zero idea that they're activating a spiritual law that will enable someone with cruel intentions to seek and destroy them.

Please, I know you're sick and tired of these same folks over and over again making life difficult for you by spreading lies, having the evilest things to say about you and just simply putting stumbling blocks in your way. But trust me when I say to you that the reality that is unknown to these folks is that, this same devil that's influencing them against you will be the same devil that will influence someone else against them (there is no loyalty with devils)..... All I am saying to you is be patient a little while longer and let the laws of God that will eventually work for your good to run its course in this ongoing matter.

I am so convinced of this from personal experience that I will further say to you that these same folks were calculated in the plan of God for your life to elevate you. For example, Joseph the dreamer brother's evil plans to destroy his life was calculated in the plan of God for Joseph's life to eventually be elevated, and at the end of the day, his evil brother's were at his mercy. Keep doing the right thing, stay within the laws of God and the laws will work in your favor. As for those that insist on rebelling against you, then here is what the spiritual law says:

"An evil man seeks only rebellion; Therefore a cruel messenger shall be sent against him" Proverbs 17:11.

This, my friend, is why you must place your absolute confidence in the word of God and not what someone is doing to you or how you feel about them. Both scenarios will deceive you into doing and saying things that will make you no different than your oppressor. As a reminder, God is a God of order, and the order of God's purpose will fall into place according to its appointed times all to reveal the real aspect of his spiritual laws.

The bottom line is this according to the law mentioned above, GOD HAS SENT SOMEONE AGAINST THE PERSON OR PERSONS THAT'S AGAINST YOU!

Written By: Kevin L A Ewing
kevinewing@coralwave.com
kevinlaewing.blogspot.com
at July 22, 2015 No comments: