A real life dream about urination 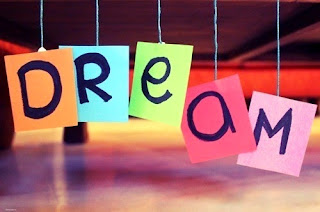 I got a call today from someone that was very much disturb about a dream that they had. The person that had this dream said that even though they did not understand the dream they felt within their spirit that it wasn't a good dream. The following is what the dreamer dreamt:

"Minister Ewing, this morning I had a very strange dream that have me very uncomfortable right now. While this dream may appear silly I am convinced it has some kind of meaning and I feel it is not good. I dreamed that I was in an unfamiliar place and all of sudden a person came from out of nowhere, I couldn't determine if it was a man of woman but all I knew was that I was being showered with urine (pee). In the dream I felt helpless and confused and then the dream ended. Can you please give me some spiritual insight as to what this dream could mean and if I am in any kind of danger?.

Such a dream can be quite confusing especially when no form of clarity or understanding can be given to the dreamer. Firstly, to dream that you are in an unknown location immediately indicates a spirit of confusion either pending in the spirit realm covertly seeking permission from the dreamer to be manifested into the dreamer's natural life or this same spirit of confusion is currently operating in the dreamer's life. Secondly, the dreamer said that out of nowhere a person came to them whom they could not identify and began to urinate on them. This portion of the dream is revealing quite a bit from a spiritual perspective and here is why. Because the person just appeared from no where, meaning they didn't walk through a door, climbed a wall etc then the dream is revealing that a spirit has been sent to the dreamer.

Now, if the dreamer refuses to launch a counter attack via specific prayer against these two spirits then by default the dreamer is literally agreeing for these forces to operate in their life if it isn't already. Real life manifestation of this dream if the dream is not met with spiritual warfare and canceled. The dreamer will begin experiencing confusion on their job, home, family, among their friends etc they will become very forgetful and absent minded. In sever cases the dreamer will begin to literally see dark shadow, hearing weird noises and even begin to speak to the spirits that only they themselves can see. These folks are not crazy but have been program to be this way spiritually via witchcraft so that others will sum them up as crazy. However, the confusion that is being created by the spirit of confusion is well calculated with the intent to pass the baton of confusion on to the spirit of disgrace to bring humiliation, embarrassment and rejection to the dreamer.

So, the dreamer, will begin experiencing strange occurrences such as rejection by their peers, family and friends. This will be mainly due to their strange behavior such as frequent obscenity, exposing themselves (nakedness), revealing secrets that others confided in them about, making strange noises, engaging in adulterous relationships or if the dreamer is single they will all of a sudden become very sexual promiscuous. One of the greatest signs is that the dreamer never engaged or behave in such a way before. If the curse that is obviously on this person is not challenged it will become worse with time. Amazingly, the curse is also fueled by the negative comments of others against the dreamer, such as, "He or she is so stupid", "Why are they acting like a fool", "If they don't stop someone will hurt them or they will hurt themselves". As a reminder. death and life still resides is the power of the tongue and between the ignorance of what is truly happening to this person and the negative words that's making their situation worse, the evil on this person is being compounded.

I will end with this, the beginning of all that could or would eventually happen to the dreamer if the dream is not challenged took place in their dream. A dream that they may have though of as silly. Not realizing that the dream which is spiritual can not perform its covert evil in the dreamer's life outside of the dreamer giving direct or indirect permission to the spirit. I will say it again, God never gave spirits dominion over the earth, instead he gave us humans dominion according to Genesis 1:26-28 and Psalm 8:4-6. Therefore in order for any spirit to operate in the earth it will always have to be granted human permission. Of course this can be obtain via folks seeking the assistance of spirits or where one is manipulated via their dreams to gain this permission.

The bottom line the above mush be challenged through prayer by cancelling the dream and all covenants that were established in the dream. Those covenants would be where the dreamer never resisted the person urinating on them, neither did they make any effort in making any attempts to leave the unknown location. Therefore, this symbolizes spiritual agreement.

Email ThisBlogThis!Share to TwitterShare to FacebookShare to Pinterest
Labels: Dreams

The law and reward of faithfulness 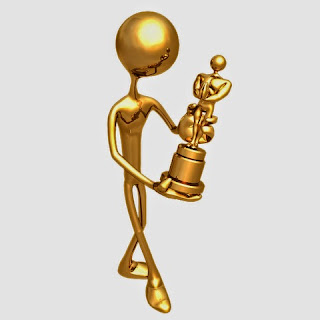 Faithfulness is defined as, being true to one's word, promises, vows, etc. Someone that is steady in allegiance or affection; loyal; constant, reliable, trusted and committed.

"A "FAITHFUL" man shall abound with blessings", Proverbs 28:20. In this profound passage of scripture it is revealed that a person who is committed and stands true to not only his word but to the promises and allegiance he has made to others will abound or exist in great quantities of blessings.

This passage of scripture is very much encouraging simply because it doesn't matter what negativity is being projected or hurled towards the one that is being faithful, but the true reward of their faithfulness can never ever be withheld or dismissed by anyone simply because God is the one that provides the blessings at the end of that particular tenure of faithfulness. I have personally witnessed case after case of folks that were taken advantage of, ridicule, placed at the back of the line and even spoken evil of in spite of their faithfulness. Nevertheless, time will always prove and reveal this scripture to be true.

You see my friend, faithfulness to the word of God will always place a demand on you the faithful one being blessed in the end. In fact, this scripture clearly says that your blessings won't be your average blessings but instead you will over flow in the blessings (abound).

I honestly do not know who this post is for today but I was inspired to post it specifically for that person who feels as if it's a waste of time doing the right thing or being faithful to someone or something, because it appears as if faithfulness just doesn't pay off. Make no mistake, the devil and his agents understands in detail what your faithfulness will pan out once the time has expired on whatever it is that you're going through. They are fully aware that only you can divert and dismiss your bountiful blessings that's ahead of you if you cave into their temporal comforts of being unfaithful!

God is observing and supervising your matter and the day is quickly approaching where all parties involved in your matter will be rewarded, some to blessings as a result of their contribution, while others to a reward of disgrace and reaping of the evil they have sown.

I say it all the time, and that is absolutely nothing last forever, everything has a beginning date and an expiration date. The good thing is God knows the end from the beginning. Be encourage my friend for this to will pass with an end result of you being rewarded for your FAITHFULNESS!!!!!

Written By: Kevin L A Ewing
kevinewing@coralwave.com
kevinlaewing.blogspot.com
at July 30, 2015 No comments: