Just about everyone has sometime or another experienced a relationship in which the person they originally met seems to have so much in common with them. In fact they were convinced that they had met their soul mate due to the amount of similarities and coincidences that they’ve experienced. Surprisingly, once the relationship has begun everything abruptly changes and it now appears as if they’re in a relationship with the Devil himself as opposed to who they thought were their soul mate. 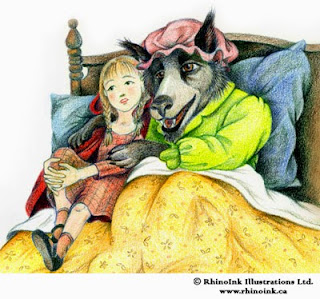 The above scenario just so happens to be the most common occurrence in the average relationship. The purpose of the source perpetrating this act is to mislead its victim into believing something that really doesn’t exist and at best to keep this individual who truly desires a genuine relationship from the person God has ordain for them and at least to delay or hinder them in their search for their desired mate. Thus, I want to teach today on the source and root of this evil and the source and root of this evil is known as a “mimicking spirit”.

The words mimic is defined as imitating or copying in action, speech, behavior etc. It also means to impersonate, imitate, or simulate. The general idea is to be or become something that one is certainly not.

Interestingly enough, there is nothing new about this spirit; like I said earlier its mission is to mislead its victim but more importantly to make its victim focus entirely on what appeases their five senses. Thus, making the victim completely ignorant of the spiritual forces involved that has blinded them physically from the obvious, consequently the victim succumbs to the likness of what appears to be real and not the true nature of what it really is.

So let us look at a biblical scenario of this, to bring about spiritual clarity. “And one of the multitude answered and said, Teacher, I have brought unto you my son, who has a dumb spirit” Mark 9:17. Now normally we would read this text and think nothing of it but there is a revelation in here. The revelation here is, the man did not say his son was dumb, instead he said that his son HAS (or possess with) a dumb spirit. Suggesting that there was a spirit that was in his son that was mimicking the behavior of a genuinely dumb person. At the same time giving others the impression that the boy was really dumb. Another example of this would be found in Luke 13:10-17. In this particular story there was a woman that was cripple to the average person observing her. However Jesus said in verse 11 that this woman has a “spirit of infirmity”. Again, suggesting that there was really nothing wrong with this woman, however this spirit that was in her has been mimicking the behavior of a cripple person for 18years. In both cases the root of these people behavior was that of a spirit and not the actual person, Wow!

Someone you have allowed into your life that seemed to be the perfect mate or friend, but if you carefully take note spiritually your entire time with them, you would discover that they have either been observing and learning you from a distance or they have attentively and skillfully listen to you (as it relates to what you desire in a person or a mate) and has become whatever it is that you verbally released to them. Fortunately this spirit that inhabits that person can only mimic for so long, in short order it will show its ugly head. Here are some of the signs to look for to conclusively identify this spirit:

These are but a few of the obvious signs to identify this crafty spirit that has mislead so many and has also been the cause of so many folks bitterness and their inability to trust others anymore. I know some of you reading this right now are in complete shock because you thought your case was an isolated incident.

My advice to you my friend is, firstly, people are rarely what they present themselves to be especially if their motives are evil. The truth is the best of us from time to time pretend to be something or someone we’re not. Therefore it is our responsibility to do our home work concerning these people, research and ask questions about their character. Secondly, because this evil is of a spiritual nature then clearly it has to be addressed spiritually. Therefore take this opportunity and ask God to give you a spirit of discernment, so that you would have the ability to see beyond what your five senses are dictating to you that for the most part will pan out to be erroneous.

Finally, every one of us has the God given ability to detect in our spirit when something is not right with the spirit of others. As a matter of fact we say it in our conversations with others all the time, “My spirit doesn’t take to him/her” sounds familiar? At that very moment your spirit is attempting to give you a heads up to pending danger, 99.9% of the time this heads up is usually correct. As evidence of this scripture says, “For what man knoweth the things of a man, save or except the spirit of man which is in him? Even so the things of God knoweth no man, but the Spirit of God” 1 Corinthians 2:11.

YOU ARE NOT READING THIS ARTICLE BY ACCIDENT OR COINCIDENCE!

Heavenly Father in the name of your son Jesus Christ we command every mimicking spirit to expose themselves openly now! We also command in the name of Jesus that not only that this spirit become confused with their diabolical plans but that it would leave its host indefinitely and that the spiritual eyes of its victim be open spiritually In the matchless name of Jesus Christ. Amen!