The Wheat and the Tears, How is this applicable to me? 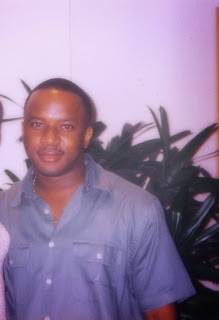 The bible gives us a very fascinating account of a parable in which Jesus gives a comparison to the kingdom of heaven. In this account we’re given a snap shot of the importance of everything being relative in our lives, and at the same time the necessity of it being there.


Jesus said, “The kingdom of heaven is like when a man plants good seed in his field. But while he slept his enemy came and planted tares among the wheat and went his way.

However, when the wheat began to grow and brought forth fruit, then appeared the tares also. The servants of the house then said unto the owner of the field how can this be, you planted good seed in the field? So where did the tares come from?

The owner of the field eloquently said to the servant, an enemy has done this. The servants in response to the owner suggested, should we go and pull up the tares? The owner of the field said no! For in doing so you’ll root up the wheat with the tares. In fact allow both to grow together until the harvest. During the time of harvest I will say to the reapers, gather together first the tares, and bind them in bundles to burn them: but gather the wheat into my barn".

The understanding portrayed here, is in the field of life there are many that do their best to life a decent and godly life. However, they become naive in believing that because they see things as black and white this constitutes the perception that others see life this way also. Of course this would be the part in the parable where it mentioned, while men slept.

During this sleeping/naïve mind set, folks begin to cunningly enter their lives and begin to plant tares into their field of wheat, with them having absolutely no knowledge of what’s going on, simply because their under the illusion that these folks mean them well.

The mystery here, is when these folks and their diabolical plans are discovered, the revelation of this parable tells us not to remove them or stop them from what they’re doing. For in doing so we run the risk of up rooting the good with the bad.

So, what does this tell us? This tells us that these folks/tares are necessary for our advancement. It is clear to me in this scripture that the tares were not planted by chance but in fact carefully allowed so that the wheat can benefit from them. This is why the owner said not to up root them now; least you will cause damage to the wheat while attempting to remove the tares.


God will allow folks in your life that will cause eternal hell for you, only in an effort to reveal something to you that you were ignorant to before. These folks/tares carry with them your solution to pending and future situations. The moment you stop viewing them as tares, but instead viewing them as a benefit to you the wheat. Eventually, you will begin understanding why they had to be apart of your life. I make mention to my readers all the time, and that is in order to appreciate good one must experience bad, if not one can not distinguish what good is. There must be a comparison. So in order for a comparison to be made “TARES ARE UNEQUVECOLLY NECESSARY”.

Whatever it is that is causing you discomfort right now, ask God to reveal to you the purpose of this discomfort. I can biblically guarantee you there must be a purpose. Every problem has a purpose attached to it. One may not be able to see the purpose, but that does not discount the fact that there is purpose. The word purpose is defined as the original intent or meaning of a person or thing.


The owner of the field said to the servants, “Allow the wheat and the tares to grow together until the harvest”. This is so powerful, because the owner sees beyond what is seemingly a problem, he sees purpose. In seeing the purpose of anything one begins to focus more on the benefit of what the purpose will produce as oppose to murmuring, complaining and trying to remove his/her enemy prematurely.

The mere fact that the owner said, let them grow until the harvest clearly indicated that the duration of this problem is only but for a season. That season will activate the separation of wheat and tares. This is why some folks walk away from you or for some reason you can’t see eye to eye. You have garnered all you needed to advance you to the next level of your life…….. IT IS TIME TO GO FORWARD WITHOUT THE TARES, THE TARES HAS ALREADY SERVED THEIR PURPOSE!

To make certain that those tares don’t become a problem anymore and that the use of them has been exhausted, the owner will say to the reapers first bind the tares, suggesting restriction and limitation of their movement, also suggesting that they can not go where you’re going. Then burn them, meaning punish them for all the hell they gave you. Whatever a man sows he must reap, therefore the tares must pay for their evil…. PAYDAY IS PENDING FOR THE TARES IN YOUR LIFE!

So as you can see, all problems/challenges have embedded in itself purpose. You only see it as a problem because you don’t understand the purpose. The biblical principle says, “To everything there is a season and a time to every purpose under the heaven” (Eccl 3:1).

Your problems/challenges are inclusive of the word everything. Therefore your problem has a season and time. The word season in this text is defined as an appointment, time suggest the duration of that problem that will reveal its purpose. The mystery of all problems are, if you focus on the problem and not the purpose you are literally extending your season and time that has been assigned to that problem/challenge. The quicker you discover the purpose the quicker you see the light and move forward to the next stage of your life. That same problem that has plagued you for the past 5,10,15,20 years clearly suggest to me you have a learning problem that has been causing you to repeat this class for the past years when you should have moved forward already. This problem has placed you in a spiritual cage, with your cooperation of course. In a caged life you can see freedom and opportunity and things happening for others, but not for you, because you refuse to learn the purpose and discontinue focusing on the problem.

When Moses successfully took the Hebrew people out of Egyptian bondage, and proceeded towards the Promised Land (Canaan) they were followed by the Egyptian army in an effort to bring them back to slavery. Directly in their forward path stood the Red sea. In response they began to complain and murmur, clearly viewing their situation as a problem and totally neglecting its purpose.
In their inability to not see the purpose of the problem, but became disillusioned by the problem itself extended the season and time of their journey, to what should have bee an eleven day trip from Egypt to Canaan, ultimately took them forty years wondering in the wilderness, some even died there because they never understood the purpose of what was seemingly a problem.

For those of you who love to say, “I am waiting on my season”. Re-evaluate the season that you’re in right now and try to determine based on what you’ve just read if you haven’t allowed this present season to extend beyond its time, causing you not to recognize and enjoy all of the good seasons that were made available to you.

Heavenly Father, I pray right now that you would open the spiritual eyes of every reader of this article. I pray that you would cause them to see beyond the surface of what they are faced with. Father, the prophet Elisha, said to you open the eyes of his servant so that he may see, and your word says that he (the servant) saw spiritually, that there were more that were with them, than those that were with their enemies. I speak the life of God coupled with the spirit of knowledge, wisdom and understanding over this people in the matchless, mighty and glorious name of Jesus Christ!


Written by: KEVIN L A EWING
kevinewing@coralwave.com
at November 16, 2010 No comments: