Understanding the dream you dream-Dreams that represents evil covenants 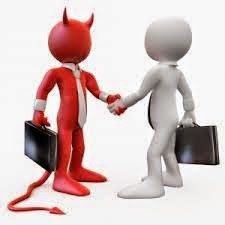 The word covenant is defined as an agreement between two or more people working together towards
achieving a particular goal. Unfortunately, there are covenants that folks are very much a part of but have absolutely no idea of such agreements.

Amazingly covenants or agreements are not only reserved for things of the natural but as you’re about to discover things of the spirit realm, in particular, our dreams that covenants are for the most part knowingly or unknowingly forged.

Let’s review a few scriptures to get an understanding as to how this principle operates. In Genesis 15:11-18 this passage of scripture not only speaks about a covenant that God made between Abram who would later become Abraham and himself concerning the Hebrew people but amazingly this covenant was done while Abram was asleep. Meaning his physical body was not involved with this agreement that stands to this day. Instead, it was his spirit along with the Spirit of God in a dream that this covenant was achieved.

Another example of this would be found in 1 Kings 3:5-15, which clearly states that God appeared to King Solomon in a dream. God asked King Solomon what would he have God to do for him and it was in this dream that God and King Solomon agreed to wisdom, knowledge, understanding and enormous wealth to be granted to King Solomon. Again, lest we become confused this agreement took place during a dream.

Again, our dreams are spiritual, and the reality is like in the case of Abram, Solomon agreed to what God wanted. Now, I want to make clear that in the spirit realm agreements are not just reserved to saying, “Yes I agree" from a verbal sense. Instead, the indicators for agreeing to something in a dream could be represented by one being asked to sign something but not knowing what you’re signing. Another sign of dreams that indicate agreement or covenants would be where you see yourself hugging, kissing, holding hands, walking together, having sex in your dreams or being married in your dreams. One of the more subtle ways of securing agreement in our dreams would be where we’re not resisting or saying anything in the dream to challenge what’s being offered to us directly or indirectly. In fact, it is the lack of resistance to what is being offered in the dream that by default the dreamer has agreed. As a reminder scripture says to us how can two walk together except they agree, Amos 3:3.


Now that I have explained how an agreement is achieved in our dreams I want to now show you the spiritual principle behind the enemy invading our dreams to secure his evil plans. As a reminder before anything can be manifested in our physical world, it has to be conceived in the spirit realm before its physical manifestation. “But while men slept, his “ENEMY” came and sowed tares among the wheat and went his way” Matthew 13:25. This scripture which most folks fail to recognize as a spiritual law becomes the bases of demonic activity in our dreams.

Therefore, if you have had a dream where your deceased loved one is giving you a message, asking you to sign something or attempting to take you somewhere you must not only cancel the dream but reject and destroy by the fire of God all spiritual agreements and evil covenants.

If you had a dream where your deceased loved one is hugging you, kissing you holding your hands, etc. again the same rules apply. What about dreams where you’re asked to sign something but you do not know what is it you’re signing, especially if the environment of the dream is dark or filled with shady characters, please! You must cancel such dreams immediately upon waking. More importantly, if you actually saw yourself signing something in such a dream; then canceling the dream accompanied by a two day fast is a MUST!

The biblical dream principle clearly states that while we are sleeping Satan and his hosts are working. This is so because we are at our most venerable while we’re asleep. What most folks do not realize is that even though our physical bodies are asleep our spirit man is wide awake, in fact interacting with the spirit realm. The enemy, for the most part, disguises himself or masquerades around in our dreams pretending to be folks that we are familiar with only to secure his evil. Genesis 3:1 points out to us that the Serpent (Satan) was more subtle than any beast of the field which the Lord God had made. The word subtle is defined as something or someone that is difficult to detect, something mysterious, hidden or not visible. Someone or something that hides behind something else to conceal its true identity.  Again, all of his efforts are to mislead and secure evil seeds in the spirit realm in regards to the dreamer so that the dream will experience the physical manifestation of the evil that was achieved in the dream/spirit realm formerly.

Another interesting fact; most generational curses are secured from generation to generation, for the most part via our dreams. For example, are you having dreams about your grandparent, your decease relates? Well, these are all familiar spirits subtly seeking agreement in your dreams to enforce a generational curse on you. Again, the spiritual law clearly states that “a curse causeless cannot rest upon anyone unless there is a reason for it” Proverbs 26:2. Therefore these masquerading spirits masquerading in your dreams wants to qualify a curse in your life via spiritual agreements or spiritual evil covenants.

While I am fully aware that this is quite a bit to digest, you must also realize that it was due to a lack of such knowledge that you’ve found yourself in the position you’re in today. Many of you who have been saved for decades are still being fed milk when the truth is you are in desperate need of the solid word. Going beyond the surface of the word and extracting the revelation of its mysteries will become your key to freedom.

Join me in my next teaching as we explore more in-depth on the teaching of evil covenants, I promise you, you won’t want to miss it. 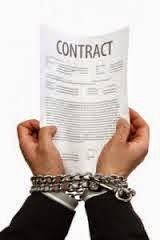