The purpose and process of witchcraft 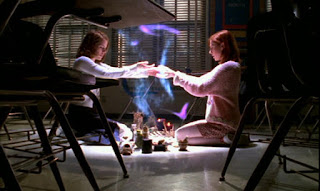 Witchcraft is an oppressive spiritual system operated by a witch or wizard to spiritually hijack and program a person's life to experience perpetual hardship, failure, depression anti-progress, etc. However, the programming of the system of witchcraft cannot be achieved outside of what is known in the world of witchcraft as an evil altar or shrine.

An altar or shrine is a place where divinity meets humanity or the visible meets with the invisible to forge evil demonic covenants with evil spirits specifically targeted at the lives of others. The life of the altar will depend on the sacrifice made at the altar, which in turn will summon particular evil spirits to attack a person. However, because spirits are not omnipresent, the practitioners of the evil altar will require something personal of the intended target such as a photo, fingernail clippings, worn clothing, hair, blood, etc. Such items, except a picture of the victim, carries the DNA of the victim so that spiritually the assigned evil spirits can locate their intended target in the spirit realm. This why it is so important to cover oneself and your loved ones daily with the whole armor of God and the blood of our Lord and Savior Jesus Christ! Now, when these evil workers of witchcraft can not retrieve such personal items of their victim. Then, through the consultation of the evil spirits from the altar, the witch or wizard would mix a concoction to either bury this evil on the intended victim's property or set it in a place where the victim will make some contact with this mixture. Other methods would be, placing it in the victim's food, drink clothing items or projecting evil spirits from the evil altars in the victim dreams. Therefore, dreams where one is always being fed or they're eating in their dreams, drinking in a dream, having sex in a dream or interacting with dead people in their dreams are all means of evil spirits being projected from demonic altars to begin the process of spiritually oppressing the life of the victim.

I am sure you've heard where someone was said to be "fixed" but it wasn't intended for them. In such a case, because the witch or wizard was unable to acquire anything personal of the intended victim. The witch or wizard made the decision to place it in the path they believe the intended victim would either travel. In another instance, spiritual concoctions can be put on food or drink items hoping that they would consume it. However, someone else consumed it or walked on it and as a result the person that have either walked on the concoction or consumed it. The concoction has now become the point of contact to begin the evil oppressive spiritual cycle of the system of witchcraft on that person.

The scriptures say, "Regard not them that have familiar spirits, neither seek after wizards to be "DEFILED" by them, for I am the Lord" Leviticus 19:31. The word defile in the above text means to corrupt or change the original of something. Therefore, the purpose of wizards and witches and their attempts to enslave their victims spiritually to the system of witchcraft is to change God's original intent for their lives. It is to ensure they become opposite to God's original purpose for them. According to Genesis 1:28, God original plan for man is for him to be fruitful, multiply and replenish. In other words, God always wanted people to advance in their earthly journey. Well, the system of witchcraft is designed to bring man's natural process of advancing in every area of his life to a slow and non-productive state.

Some of the most common signs of witchcraft operating against a person would be overwhelming panic and anxiety attacks. This is usually accompanied by a progressive state of confusion with an abnormal inability to focus or concentrate on normal everyday activities. The purpose of these initial attacks would be to begin the process of slowly disabling the victim from progressing in every area of their lives, which would include losing the desire for people, places and things that they once loved and had a passion for. However, the origin of such attacks is via spiritual manipulation of course caused by the calculating efforts of evil spirits. The second phase of witchcraft attack on a person is to cause the victim to see, hear and experience things that others cannot see, hear or experience. Thus, if the victim decides to speak of their weird and strange experiences to other, they would appear crazy and strange. The purpose of this is to cause the victim to isolate him or herself from friends, family, etc. because their experiences are too incredulous to be believed by others.

Of course, it is at this point when the victim had fallen into the trap of becoming a recluse due to the efforts of evil spirits. These assigned spirits from the satanic altar where they were summoned from will begin projecting overwhelming evil thought spiritually at the victim which the victim believes are their thoughts such as logical negative thoughts, suicide, depression, etc. Unfortunately, it is the ignorance of the victim as it relates to the system of witchcraft that literally becomes the fuel of this demonic system. In other words, the victim cannot fight what they're not aware of, which of course, places them at a significant disadvantage.

Again, the idea, intent, and purpose behind the oppressive system of witchcraft are to ultimately challenge God's original plan for mankind, and that is to resist man's natural God given ability to be fruitful, multiply, replenish and to subdue the earth,. In other words for man to always advance according to Genesis 1:28.

In essence, the will of God is for man to continually develop and progress as long as he exists in the earth. On the other hand, the system of witchcraft is designed to prevent this normal progress from being achieved through hardship, depression, poverty, and confusion along with causing man to connect with what he has no business connecting with. These connections that are obviously not from God are designed by the adversary to continually BLOCK AND ULTIMATELY STOP MAN'S PROGRESS!

God's word above EVERYTHING else 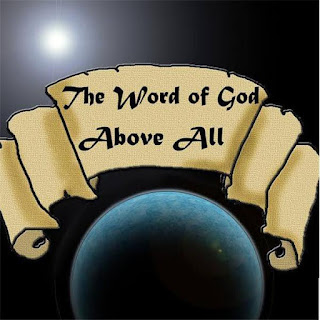 Whatever you're challenged with today, grab a hold of a passage of scripture that speaks to that situation and begin to quietly repeat that scripture into your human spirit until that particular scripture refuse to leave your spirit.

This is why the word of God reminds us to remind God of his word. Not that he forgot his word but that you would participate and agree with his word to produce what his word has promised. The bottom line is this, the eyes and presence of the Lord are literally roaming the earth in search of those that have made the decision to agree with Him, so that he can show himself strong in their matters.

This greatly explains why complainers, negative folks or folks that made their situation greater than the word of God are still waiting and will continue to wait for God to show up in their lives because they have placed their situations ABOVE the word of God, when he clearly said in his word, "For thou hast magnified thy word above all thy name" Psalm 138:2.

If God has placed or magnified his word above his name, then I think it is only wise that we magnify his word above our situation. My word for my human spirit today is, "I CAN DO ALL THINGS THROUGH CHRIST THAT STRENGTHENS ME" Philippians 4:13


kevinlaewing.blogspot.com
at November 22, 2016 No comments: