Every Christians needs some type of deliverance 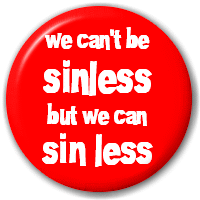 There is absolutely no human being that lives on the face of this earth, inclusive of Christians that do not need or requires some type of deliverance. To say otherwise, would suggest, a) the bible is not telling the complete truth about the just and righteous folks and b) those who claim that they do not need deliverance are, in fact, sinless and perfect. In other words, those that have become Christians have never sinned since their conversion. And have simultaneously mastered the art of resisting every sin or temptation that the enemy has hurled at them since the day of their conversion to Christianity.

A Christian is one who has accepted Jesus Christ as their Lord and savior. Unfortunately, many believe that they instantaneously became sin proof and are not able to commit sin after their conversion. However, this act alone did not rid them of every sinful act they would have practiced before accepting Christ, to the contrary due to your conversion Jesus Christ has forgiven you of all your sins up to that point and has made provisions to forgive you as long as you confess and ask for forgiveness upon sinning after your conversion according to, 1 John 1:9. It is so unfortunate that the average Christian and by extension the church are under this grand illusion that because they are not actively fornicating, committing adultery, Murder, drinking alcohol, and whatever else they label as "obvious sin" it is then erroneously assumed that they do not need deliverance.

If you were to visit any church and ask all the Christian to raise their hands and let's say out of one hundred folks that are in attendance, ninety-five raised their hands. Now ask the ninety-five Christians that originally poked their hands in the air, affirming their conversion if they needed deliverance. I am almost sure you will see no hands raised. Of course, this is due to erroneous teachings and a false perception of what the understanding of deliverance really is.

First of all, let us define the word deliverance; deliverance is defined as liberating or freeing someone from someone or something. It is also defined as rescuing someone from moral corruption or evil. With the above definition in mind, let me ask you, Mr. & Mrs. "Got it all together Christian," have you been delivered from the not so apparent sins such as speaking evil behind your brother or sister's back? What about those little "white lies?" Better yet, what about your secret untamed jealousy, spitefulness, and bitterness lurking within you just waiting for the opportunity to launch at some unsuspecting victim?

As a result of the misconception of the word deliverance in Christians circles, it has made these misguided Christians some of the most judgmental, condemning folks to ever walk the face of the earth. I have seen this particularly in new converts, who fail to read and study the word of God for themselves. Instead, they become engulfed in the flawed, judgmental, and condemning teachings and preaching hurled from the pulpits of their place of worship.

In fact, the minute you scroll through any type of social media. Specifically, Facebook, Instagram, Twitter, etc. you'll find some Christian judging or condemning a post, pic, or page of another Christian. If that Christian is wearing certain attire that may not be "Christian like," sporting tattoos, God forbid if the Christian in question is in a photo with friends consuming alcohol or at a club, sporting body piercing, etc., all while still claiming Christianity. Well, as far as the "True Christian" is a concern, this so-called Christian is not a Christians by their standards, and I repeat, "Their standards."

While I do not promote such behavior by any Christian, I also do not condemn and judge them and outright declaring that they are not Christians or children of God. In fact, what I do understand as a deliverance minister is that when a Christian displays such behavior, this is a Christian that needs DELIVERANCE! So, instead of judging and condemning and trying to make myself appear as if I have it all together, I begin to pray against the spirit that is influencing my brother or sister in Christ, be it a spirit of alcohol, a spirit of homosexuality, a spirit of lust, a spirit of anger, etc. I then ask God to strengthen my sister or brother in Christ by leading them in the company of good teachers and preachers to subdue what has been subduing them. This is what a real Christian does; he helps his fellow Christian, not pull him/her down. The reason for this is because they know that it was not an overnight thing for them. Meaning they needed deliverance from the day of their conversion and will continue to need deliverance until the day they die. Judgmental Christians need to be delivered from the spirits of judging and condemning others and, at the same time, ask God to supply them with a spirit of compassion and restoration for themselves and their fellow Christian.

Let's take it a step further Mr. & Mrs. "I don't need deliverance," how come it's wrong when other folks or their children do what is obviously wrong, but when you or your kids do the exact same evil, it's considered by you a non-issue, or it's justifiable. Did not the bible say, "Woe unto them that call evil good, and good evil; that put darkness for light, and light for darkness; that put bitter for sweet, and sweet for bitter?" Isaiah 5:20.

My friend, I am about keeping it very much real today, and that begins with me saying that myself and the other 7 plus billion people that reside on this earth need some type of deliverance. Scripture confirms this with the following, "For there is not a just man upon earth, that does good, and sins not" Eccl. 7:20.

Therefore, if the Just or Righteous man or woman is not sinless according to the above scripture, doesn't that indicate that he or she needs to be rescued from some type of moral corruption or evil? Additionally, if you claim to be sinless or sin proof after accepting Jesus Christ, then why would the word of God make provision for the Believers that he knows would commit sin after the Believer accepting him as Lord and savior?. As a reminder, 1 John 1:9, John is speaking to the Believers of Jesus Christ and not sinners. Consequently, in the same passage of scripture, 1 John 1:8, it reads the following Mr. & Mrs. "Sinless Christian" "If we say we have NO SIN, we deceive ourselves, and the TRUTH is not in us.

My friend, just in case you didn't get the spiritual memo. Well, the persons that you know need deliverance due to your knowledge of them committing adultery, fornicating, or whatever you have labeled as big sins; they are in the same boat as you, who's consistently exaggerating, telling white lies, speaking evil against others behind their backs, wishing harm on others, etc.
SIN IS SIN; THERE IS NO SUCH THING AS BIG SIN AND SMALL SIN, and if you continue to claim you are sinless, then I humbly ask my fellow believers and readers to join me in prayer as we pray that lying spirit off of you in the name of Jesus Christ. Amen!