The mystery of restoration. 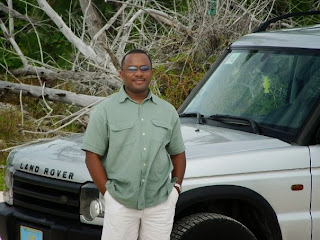 A few months ago I’ve experienced the displeasure of having my home broken into, with the culprits taking with them a few laptops and other personal and expensive items.

Outside of everything that was stolen, it was my laptop with all my writings and photos etc. that could not be replaced, aside from that the laptop was recently given to me as a gift.

Many questions revolved in my head, one of them being why God would allow this, especially when I continually asked for protection of my home and family from him. Nevertheless when the police officers were at the house doing their investigation, I recalled a teaching I did called, “Give thanks in all things for this is the will of God concerning you”. It was at this point that I stepped outside raised my hands to the skies and began to thank God even though logically it did not make sense, and I could not understand how could this possibly be the will of God for my life.

It would be months later, that the same episode happened to a good friend of mine, and it was at that time God released the answer or should I say mystery to me that I was so desperately seeking.

In speaking to my friend, in an attempt to bring comfort to her lost, I was reminded of a passage of scripture in (Proverbs. 6:30-31) that literally blew the lid off of everything for me. The scripture reads, “Men do not despise a thief, if he steals to satisfy his soul when he is hungry; but if he be found, he shall restore sevenfold; he shall give all the substance of his house.

The lord began to point out to me that there is another law of increase that supersedes the law of sowing and reaping, when it comes to quantity.  Sowing and reaping principle states that whatever I give I shall receive in return (Gal. 6:7). On the other hand the mystery of restoration dictates that, if I discover the thief that has been stealing my goods, I now possess the right to demand restoration, no less than sevenfold of my original goods and all that he has.

The word says, that the thief sole purpose is to steal, kill and destroy, however, Jesus came that we might have life and that we might have it more abundantly (Jn. 10:10). In this text we’ve discovered the purpose of the thief, at the same time Jesus’ mission is to cause restoration by the thief, of all that he’s stolen, again no less than sevenfold which is considered giving life and abundant living.

So, for you out there that have been in a state of confusion, and perplexity in terms of why would God allowed that foreclosure, bankruptcy, folks to break into your home and remove your stuff you've worked so hard for, the lost of a job, the lost of friends etc.

Just for a few second review what’s really been happening to you. The facts are the thief has been robbing you.  God’s desire is to increase you, but for an extraordinary increase he must permit the thief to relieve you of some stuff that not only needs to be replaced but multiplied. At the same time it is your duty to recognize who the thief is. The original thief is Satan, and not the person that they’re hauling off to some court or prison. Remember our fight is not against flesh and blood, but against spiritual forces that are tirelessly working against us (Eph. 6:12). The truth is in order for this law to be activated there must be an alleviating of goods by the thief. The truth is the thief is unknowingly working for us in this formula of increase, but only if we recognize him and what he's doing.

Now that the mystery has been revealed, begin by giving God thanks for the lost of that home, job, business, and monies. Thank him for the closed doors, bank rejections and disappointments, you’re doing this because he said to give thanks in all things and all is inclusive of good and bad, for the word says that this is his will concerning you (1 Thess. 5:18). Scripture further reminds us that “ALL” things are working together for our good (Rom. 8:28). For too long Christians have purposely deceived themselves by categorizing good as God and bad as the Devil. No! not so, because God is sovereign he rules over the good and bad that happens in your life. This is why he could boldly say in his word, that the good plus the bad must equal good for you, and the word good is that which is beneficial or profitable to you.

However, last but most importantly now that we’ve discovered that we’ve been robbed by Satan operating through flesh and blood (Humans) we have a spiritual legal right to make a demand on him according to the law of God to return unto us sevenfold minimum and give all the substance of his house in the glorious and matchless name of Jesus Christ.

Written by: Kevin L A Ewing
kevinewing@coralwave.com
at October 04, 2010 No comments: