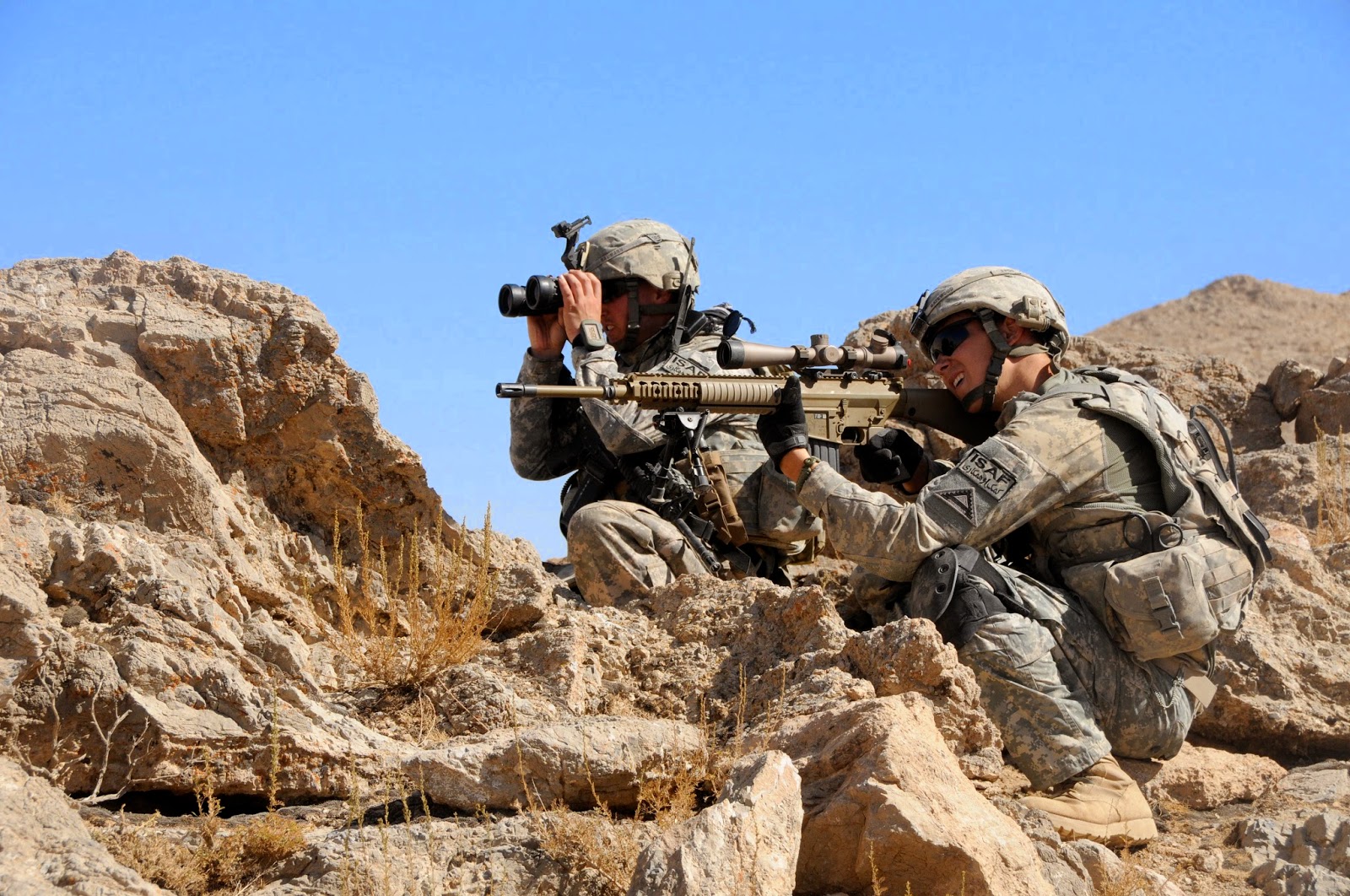 There is a military term known as "Reconnaissance Mission" which means to explore in order to
gain information. This is usually done via drones, spies or other technical means that are sent into the Enemy's area usually from an aerial position all in an effort to gather and record everything about their enemy for current and future use. The enemy of course for the most  part is unaware of this activity

Therefore when the opponents launch an attack against their enemy they're not just shooting and firing  missiles at anything hoping that they would hit something. Instead, because of the "Reconnaissance Mission" that took place prior to their calculated fight they are now able to attack specific targets which will 1) Disable their enemies immensely and 2) because of the specific targets that have been destroyed it lessens the time that the war would be fought, again all due to the information gathered unknowingly from their enemy that they were able to use to gain a successful and less time consuming victory.

Unfortunately, Christianity which is all about spiritual warfare seem to some how either over look or misplace this key understanding. The bible, which was written thousands of years ago by several authors under the anointing and guidance of the Holy Spirit, have in it years of documented truth, strategies and revelations of our Enemy Satan and his kingdom of darkness.

Nevertheless, it would appear to me that for the most part this vital book that is filled with knowledge of our enemy and how to defeat him is rarely open in most churches. Televangelist seem to only find information from it that is in regard to finances and the average preacher or teacher would quote a line or two and then go off on their own foolish deceptive and manipulative ideologies, philosophies, riddles, rhymes or quotes from some pagan new age movement etc.

This is the reason why my writings, teachings and whatever else that I do for the kingdom of God and his people is and will continue to be filled with "Reconnaissance information" which is biblical scriptures revealing to the soldiers of the kingdom of God what the enemy's plans are and how we must used this gathered information to defeat him.

Therefore, when I make statements such as if your leader or church is not teaching, preaching or praying the scripture, then leave! I am telling you to leave because if it's not the Holy scriptures that they are giving you that is the only information to unseat and remove the enemy from your life, then whatever they are replacing it with is of Satan designed to make you a co-conspirator to your own defeat and ultimate demise.

Just think about it for a minute or two. God throughout the ages have inspired specific men to enter the camp of the enemy and endure the persecution of the enemy onlyto gather that vital information and record it for future use to every Believer of Jesus Christ! However, the enemy has subtly moved in to our churches and upon our leaders with the sole mission of replacing the "Reconnaissance Mission information"  which we know to be the Holy Bible, with money, miracle oils, miracle soap, anointed cloths, etc.

My friend please hear me today, you're probably still sick, broke, frustrated, spiritually tired, defeated, unsuccessful and the like simply because you thought a cloth, oil, "Pastor say double for my troubles" giving large sums of money, or sending in some scam prayer request with a love offering could replace the "Reconnaissance Mission information" which is and will always be the PROVEN WORD OF GOD!!!!!!!!!!!

I will say it again, if your preacher, teacher, leader, church is not revealing the "Reconnaissance Mission information" which is the HOLY BIBLE then PACK YOUR STUFF AND LEAVE AND GO TO A PLACE THAT IS DOING IT........

Written By: Kevin L A Ewing
kevinewing@coralwave.com
kevinlaewing.blogspot.com
at October 04, 2014 No comments:

GOD WILL MAGNIFY YOU! 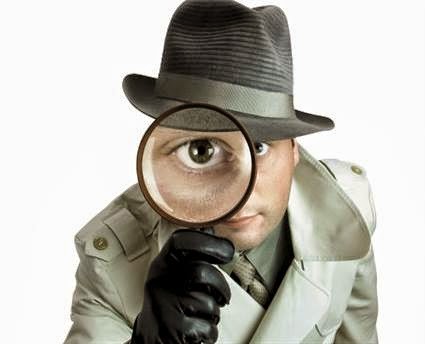 There are so many of you that are overdue for advancement and promotion in your life, but it seems as if every door has been shut and sealed.

It isn't that you're not qualified or possesses the smarts and skills, the problem my friend is that there are others in a position to assist and help you but perceive you as a threat or just love the idea of making life hard for you.

I am here to inform someone this morning that God has decided to "MAGNIFY" you in the midst of those that have rejected you. I want to make this clear! God is not about to change you! Instead, he will alter the perception of others towards you that will access the favor,, opportunities, blessings and the like that has been withheld from you.

GOD WILL INDEED MAGNIFY HIS PEOPLE!

Just before I proceed any further with this biblical insight, I must make clear that when God promotes, give favor, advances, or elevate you he initiates it by changing the perception of those around you. The lessons which were via your trouble and challenges were making the necessary changes in you. However, I am sure you’ll agree that no matter how much you’ve changed some folks refuse to accept the fact that you’ve changed, and will continue to label or categorize you as to who you use to be. Therefore, if it were left up to those around you who refuse to accept your change you’ll never advance. So, it is necessary for God to change their perception of you to accommodate the change in you.

Joshua, who was the minister of Moses was about to take on one of the greatest challenges of his life. That challenge was taking over as the leader of the children of Israel following Moses’ death. Now, lest we forget this was not an easy task, simply because Moses was the greatest leader they ever knew. Aside from leading them out of Egyptian bondage, the many miracles that were performed by God through him and to top it off he brought them out of slavery by breaking the back of poverty and causing them to become wealthy.

Like any good leader Moses affirms Joshua as the future leader to the children of Israel. “And Moses called unto Joshua, and said unto him in the sight of Israel, be strong and of good courage.” Moses added by saying, “The Lord will go before thee, he will not fail thee nor forsake thee, fear not neither be dismayed” (Deuteronomy 31:7-8). In reading this I was compelled to ask myself, why would Moses say this to him be strong and of good courage? I am convinced Moses knew the difficult times Joshua would have faced leading an estimated three million people who revered Moses.

In Deuteronomy 31:7-8, Joshua 1:6,7,9 Moses and God had repeatedly said to Joshua: a) Be strong b)  Be of good courage c) Fear not and d) Be not dismayed. Again seeing that Joshua is now the leader, why are these four statements being rehearsed into his hearing?
It is almost as if they knew something Joshua did not know. The truth is they both knew that the children of Israel would automatically compare Joshua to Moses and conclude that Joshua was inferior to Moses and not capable of leading them like Moses did.

So, even though Joshua was qualified for the job the children of Israel perception needed to be amended to remove this comparison issue. Right now you are eligible for that promotion on your job, or you've changed your life and decided to live for God, but somehow folks don’t accept your new status because you are still the same old you in their sight. Therefore God will have to do for you what he’s about to do for Joshua.

“And the Lord said to Joshua, this day will I begin to "MAGNIFY" thee in the sight of all Israel, that they may know that, as I was with Moses, so I will be with thee. The word, magnify means: to make someone or something appear larger than it is as with a lens or microscope.

The revelation here is simply this, God changed absolutely nothing about Joshua. God did not change his height, strength, weight, etc., but instead, the bible said that God made Joshua appear larger than he was in the sight of Israel (they respected, honored and appreciated Joshua as a result of what God did to them spiritually). The only thing that was changed was Israel’s perception of Joshua who was already qualified for what God had called him to do……wow!

My beloved readers, you've been ridiculed, talked about, used, skipped over for promotion, degraded and laughed at. To add insult to injury, it has been trouble after trouble, disappointment, setbacks and not to mention hindrances. However this year God has decided that you've qualified to go forward, but he has to change the perception of your haters and oppressors. All of the challenges were to change you. Now that, that leg of the process is completed GOD WILL NOW MAGNIFY YOU IN THIS YEAR!