Managing your God given times and season 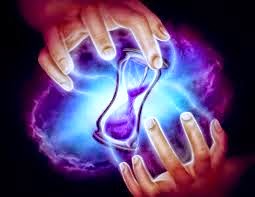 Time is advancing you to what you have been praying for. Please do not allow your created pressure, anxiety and impatience to cause you to judge God foolishly!

As a reminder, every purpose is governed by times and seasons, Eccl. 3:1. Therefore, it will make no difference how many times we ask God for a particular thing or how loud we scream for it in prayer. The law of "Time and seasons" is the one governing the time and season it will be revealed. All of us have an assigned amount of time to exist on the earth and with in that time frame, there are certain things that all of us will experience.

However, prior to any of the things that I'm about to mention can take place we must exist first, pretty obvious right? This is why Eccl 3:2, starts off by saying, "There is a time to be born and a time to die". In other words we are assigned a certain period of time and season in the earth, which is from the time of birth to the time of death to accomplish a specific purpose. However the fulfilling of whatever that purpose is will require the following experiences that no matter what your purpose maybe, you will encounter and have to deal with the following:

I said all of that to get to this very simple but very much overlooked point and that is absolutely nothing is forever. The reality of this post is very much real to those that have recently lost folks that were quite dear to them. It is during such times of (death) that we quickly realize that all of us and all things will one day be referred to in the past tense...... Meaning its time has expired!

Scripture further tells us that, "A wise man's heart discerneth both time and judgment, Eccl 8:5. Simply put, a man who understands the law of "time and seasons" understands that along with time being assigned to everything, there is also a judgement that accompanies it. We are accountable for the time given to our purpose. This is why we are commanded to Redeeming the time, because the days are evil, Eph5:16.

I want to say to someone, stop wasting time and focus on doing what God has placed you in the earth to do, while using the scriptural tools of Eccl 3:2-8 to accomplish your purpose in the earth. The day will come just like those that have gone before us, when you and I will have to stand before the supreme judge of time and give an account of how we maximize and managed our allotted time in the earth.

Written By: Kevin L A Ewing
kevinewing@coralwave.com
kevinlaewing.blogspot.com
at August 14, 2015 No comments:

Email ThisBlogThis!Share to TwitterShare to FacebookShare to Pinterest
Labels: Time

The Crafty Spirit Of Delilah 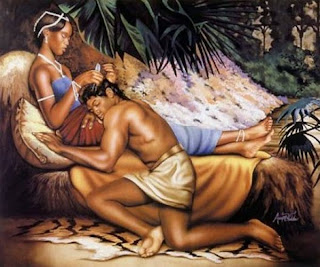 There are many of us whose wealth, prosperity and life’s advancements are tied to ideas, dreams
and future aspirations that God Almighty has placed deep within you.

However, our inability to keep things to yourself and our naive way of thinking. Has led you to believe that because you desire good for others, this constitutes that they wish the same for you. This belief has placed you in a non-progressive position.

Samson, as many of you would know, was a perfect example of the above scenario.

The secret to Samson’s strength was his seven locks of hair. Of course, only Samson along with his parents, were exposed to this knowledge. And as long as he kept this information to himself, he was able to advance, conquer and defeat his enemies effortlessly.

Satan, unlike most believers of Jesus Christ, understands the importance of discovering the source of power, success, and favor. Such origins become the target for destruction, and in Samson’s case, it was his hair.

Satan also knows that to retrieve this information, he must cause us to connect with someone that we trust. Which is really a distraction to extract the source of whatever it is that causes us to succeed in life.

Samson, who was clearly bewitched by Delilah, believed that this woman assigned by Satan was everything that he wanted in a woman. However, like so many of us. Samson refused to see the apparent signs of betrayal, due to the assumption that she felt the same way about him as he did about her.

One of the most common signs that someone is on assignment by Satan in your life, which has been clearly displayed in Samson’s case. That person becomes determined in knowing the personal areas of your life. all the while revealing very little if any of their own life.
Secondly, another red flag that this person is a trap being set for you is their unashamed persistence in retrieving this information.

Thirdly, Just like Delilah, when this person is convinced they have discovered your secrets, immediate troubles begin to follow you.

Fourthly! If their traps did not meet their expectations, based on the information they thought they had. Then they go back to the drawing board of deception with zero shame and begin to play on the sympathy of their victim determine to destroy them.

As most of you would know, Samson eventually revealed the secret of his strength to Satan’s agent Delilah. Delilah, of course, passed on this information to her conspirators. From this point forward, there would be no more progress, promotion, advancement, favor, joy, or peace for Samson.

This is the result, my friend when the enemy has access to information that was initially meant for you only. Scripture clearly says to us, “He that guards his mouth is simultaneously defending his life. While he that fails to guard his mouth will experience destruction.” (Proverbs 13:3)

Scripture also says that a man will experience joy by the answer of his mouth and how wonderful it is when words are spoken in due season or the right time. (Proverbs 15:23)

I don’t know who you are this morning, but I am here to warn you that the spirit of Delilah could be present in your life. I strongly advise you this morning to take note of the above signs and with righteous indignation unseat that Delilah spirit and command it to be exposed in the matchless name of Jesus Christ. Amen!