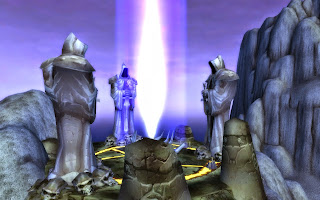 My God! My God! My God! Friday, May 27th, 2016 at the Church of God of Prophecy down town Providenciales, Turks & Caicos Islands. We ended the crusade, that was under the theme, "Understanding the mysteries of bondage" with a T.K.O to the Devil's camp.

Our last night of service, it was revealed to us via the Spirit of truth, whom we know to be the Holy Spirit, the final but most secretly guarded mystery whereby the enemy has not only enslaved us as individuals to a life of perpetual failures, defeat and hardship but by extension securing this evil hold on our future generations.

We took out time during this particular service as we peel back the pages of the Holy Scriptures to Exodus 20:24, which basically revealed the law of the altar! Prior to this scripture, we understood that an altar is a meeting place where spirits meet with humans or the visible meet with the invisible or where humanity meet with deities to establish covenants to give spirits permission to operate in the earth. We also understood that in order for the altar to become operational when both parties meet. There must be a sacrifice at that altar. Therefore, in the above mentioned scripture, God advised the children of Israel as to what materials an altar should be erected unto Him and how all of their offerings ought to be sacrificed on that altar unto him. The most noted part of Exodus 20:24, is where God clearly stated that at His altar, HIS SPIRIT ALONG WITH HIS BLESSINGS WILL BE AT ANY ALTAR THAT IS ERECTED UNTO HIM! Thus, the primary purpose of all altars is to summons spirits and depending on the spirit that is being summonsed they will be accompanied with either blessings or curses.

With that divine revelation, we now know, meaning we are no longer ignorant, that demonic altars along with the demonic sacrifices that witches and warlocks perform on their altars will invite and assign evils spirits along with curses to the practitioners of that altar such as the witch/warlocks and those that seek them for solutions of their various matters. Simply put the curses and evil spirits is now assigned to the blood line of the families represented at that demonic altar, thus, initiating the process of generational curses of divorce, poverty, sickness, anti-progress, rejection, incest etc.

We solidified this understanding with the following scripture, 1 Corinthians 10:20-21, and here is what it says:
"But I say, that the things which the Gentiles sacrifice, they sacrifice to devils, and not to God: and I would not that ye should have fellowship with devils. Ye cannot drink the cup of the Lord, and the cup of devils: ye cannot be partakers of the Lord's table, and of the table of devils". So as you would have carefully read, whatever witch doctor, Obeah man/woman etc. the sacrifices that they are performing at their altars in an attempt to seek your solutions are done unto and by DEVILS! Therefore, whatever healing, prosperity, the manipulation of a court case, or the removing of some witchcraft curse from your life etc., were and are the works of devils that will not leave your life when they have completed their assignments. Instead, not only are they attached to that family blood line but they now become responsible for maintaining the perpetual generational curses that came along with them as a result of the evil covenants established at the demonic altars. Matthew 12:43-45, supports this understanding by indicating that when an evil spirit has been forced out of a human this evil spirit/s do not go back to hell or the second heaven where evil spirits reside. Instead it roams the earth seeking others human to possess simply because they have the right to do so because humans whom God has given dominion over the earth has given them permission to do so via the demonic altars.

God, via his promise now becomes the one that not only administers this generational curse but he manages it throughout the generations of those that put their hands to idol worship/witchcraft. God clearly said that those that affiliate or associates themselves with idols which today is known as witchcraft, He (God) and not the Devil, will visit the "INIQUITY" of our ancestors that participated in these evil acts for whatever reason on their children up to the third and fourth generation, thus a generational curse!
In this last but one of the most powerful nights, we were instructed to see these things for what they really are and that is spirits according to Ephesians 6:12. We are not wrestling against flesh and blood. In other words the actual witch or warlock in not the heart of our fight. Instead we are to change the way that we pray incorporated with much fasting against their DEMONIC ALTARS that has assigned evil spirits to our lives that has hijack our God intended destinies and realigned us with a destiny of hardship, defeat and unexplained failures.

My friends, hear me today if you feel that your life has been or currently affected by witchcraft or your life has been challenged by generational cursed via you or some deceased or living relative participation in witchcraft. Firstly, you must began the process of repentance asking God to forgive you along with your ancestors of the iniquity of establishing altars they have knowingly or ignorantly setup in the life of your family. Then you must set aside time to engage in serious prayer and fasting using scriptures in your prayers not praying against the folks that is administering the evil altars but to pray against THE DEMONIC ALTARS ASKING GOD TO DESTROY THEM SPIRITUALLY BY FIRE IN THE MIGHTY NAME OF JESUS CHRIST!

I would like to thank Pastor Carol Skippings and her team for obeying the voice and leading of the Holy Spirit in such a successful crusade. Every night we had a full house with folks hungry for the revelations that were coming forth. Our base scriptures were. "My people perish because of a lack of "KNOWLEDGE", Hosea 4:6 and "Through "KNOWLEDGE" shall the just be delivered" Proverbs 11:9.


kevinlaewing.blogspot.com
at August 04, 2016 No comments: Links to this post