Understanding and combating the forces of Witchcraft pt.1 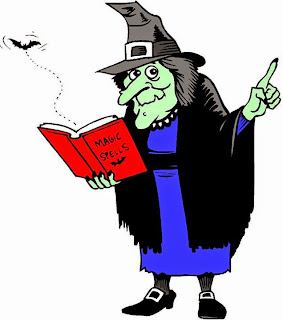 When the average person hears the word witchcraft, they immediately think in terms of voodoo, black magic or some sort of dark evil spiritual forces. In other instances, one brings to mind dolls with pins inserted in it, grave yard dust, blood sacrifice, or different type of potions or spells.

In today’s teaching on this subject of witchcraft, we are about to venture into an area that is very prevalent in our society in particular our churches but is talked very little about.
Firstly, there are two types of witchcraft, however in both cases the results are the same and that is to ultimately have absolute control over a person, place, group or environment.

Now, let me make abundantly clear, anyone who has a controlling personality particularly to the point of obsession simultaneously possesses the spirit of witchcraft; for the most part they may not even be aware of it. Biblically speaking the term used for this controlling spirit/personality is referred to as the spirit of Jezebel. Jezebel as many of you would know was the wife of king Ahab of Israel according to the bible’s account. Jezebel literally ruled Israel during her husband’s reign by means of manipulation, intimidation and domination. I also want to make clear from the on set, that even though this controlling spirit is named Jezebel, it is not only reserved for women but it also inhabits men as well. As a side note a Jezebel spirit can not exist unless an Ahab spirit gives it permission, be it knowingly or unknowingly. An Ahab spirit is one who is in a place of authority, but their authority has been hijack or undermined by manipulation, intimidation and domination. In simple terms the one who has authority has become subject to the one they are suppose to have authority over.

You would find physical witchcraft normally in families, where you would have one member of a family ruling or dominating the majority of the family. In fact this family member is dislike by all but controlled by none. If you are not siding with this relative, then not only do you become an enemy to this relative but they see to it that every other family member dislike you also. Another sign of this Jezebel spirit is that they are always right and never wrong and if you’re not taking their advice then they would wish harm and speak evil to your ideas, plans of counsel. This spirit always makes you feel as if they’re protecting you from someone, when the truth is they are polluting your mind about that person so that you would equally hate that person, even though they haven’t done you anything. What I am about to say next will give rise to much controversy, but I am sure most of you reading this article who has ever had any encounter with a Jezebel spirit can relate to what I speaking of.

Sad to say I have discovered that there are quite a number of folks that profess Christianity that are saturated with this Jezebel spirit. In fact let’s pause here for a second, anyone who rules by means of manipulation, intimidation and domination has a Jezebel spirit and is in desperate need of deliverance, be it your Pastor, your Mother, Father, Boss, supervisor, Priest or even your children. When a child is told he/she can not have something and that child goes off in a tantrum, then it is crystal clear that this child is trying to rule that parent via manipulation and intimidation with the goal of dominating the parent to conform to their will (Well my bible tells me that foolishness is bound in the heart of a child but the rod will drive that foolishness far away, Proverbs 22:15). I strongly suggest you apply this method. Sex is the tool of choice for persuasion or influence when the Jezebel spirit wants to gain control. Make no mistake there is no real love but just a means to disable its victim to manipulate their authority.

Jezebel spirits detest authority and will refuse to be subject to any authority. Jezebel spirits always befriend folks with a well crafted plane to undermine someone in authority but after their goal has been achieved, the folks that they befriended earlier, this same Jezebel now turn on them and rule them with intimidation and domination. Jezebel spirits are great actors and actresses, meaning they know how to play with the emotions of others, especially when it comes to the fake tears, fake compassion and fake love. Again, whatever it is that they are doing the goal is to gain some headway or leverage and their act is a means of getting there. Jezebel spirits always act as if they’re the victim and they are gifted in the art of reversing an argument on their victim. For example, let’s say this person hurt you and you decided to confront them about it, the Jezebel spirit will immediately turn it around as if you hurt them, to the point where you find yourself apologizing to them instead of them apologizing to you. JEZEBEL SPIRITS NEVER APOLOGIZE…………

One of the most distinct sign of a Jezebel spirit is selfishness, this spirit isolates its victims and convinces their victim that they are the only one that cares for them, and it is only them that have their best interest at heart. When the victim buys into this undermining, the victim sees those close to them as their enemies, such as their parents, best friend, children etc. These victims literally transform into robots, only responding to the commands of their captors which are the Jezebel spirit. Believe me when I say to you Jezebel spirits are cruel, vindictive, spiteful and revenge seeking spirits. They never lose and will do anything to win which is inclusive of spiritual witchcraft. If you are involved with a jezebel spirit it's going to be very difficult to part their company without a fight. Prayer and fasting is your keys to victory which I will discuss with you next week.

I am certain many of you reading this article can identify with what you’ve read thus far. Please join me next week as we delve further into the world of witchcraft part. 2.

F ather, amplify your spirit of discernment in me today, enabling me to see beyond the limitations of my five senses. Reveal to me, Lord...