Understanding and combating the forces of Witchcraft! Part. 3 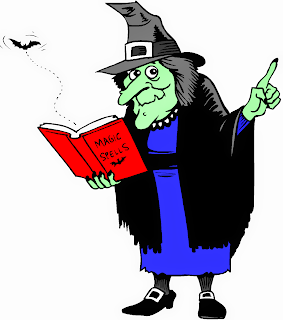 My previous articles on witchcraft, parts 1 & 2, have generated a mammoth amount of interest. In fact, the interest and demand have been so overwhelming that I became obligated to not only produce a part 3 but hold to my promise of part 3.

In this particular teaching on witchcraft, we are about to uncover the science behind this practice of this spiritual evil that has become woven into our culture but, more importantly, our religion. Yes! You read correctly; there are many "Christians" involved with witchcraft. If you are not spiritually educated concerning spiritual laws,  then some of  these folks you have surrendered your trust to are the very folks who have you enslaved under the disguise that they are of God. When the truth is they are agents of the Devil, setting limitations on your life and are the source of you being a Christian for x-Amount of years with absolutely no change, increase or progress in your life, giving you life savings. Only God knows what else, while you receive empty promises, no blessing, sickness, frustration, and an early grave, I return.

What is witchcraft? In a condensed understanding, witchcraft controls one's mind and spirit through the demonic influences of evil spirits assigned to them via curses, evil covenants, and demonic sacrifices, which are practiced via Obeah, Voodoo, Witchcraft, Santaria, etc. A person's mind is indeed their soul or what the Bible refers to as their heart. A person's mind is divided into four parts: his thoughts, memory, emotions, and intellect, plus his will, equals his soul. Scripture reminds us that God made man out of the dust of the ground and breathed the breath of life into his nostrils, and man became a living soul.
Consequently, suggesting he's able to process thoughts, memorize, exercise emotions, brilliant coupled with the ability to do as he desires (his will) Genesis 2:7. Scripture also clarifies that man is tripartite, consisting of three parts: spirit, soul, and body. The scripture reference for this would be found in 1 Thessalonians 5:23, which reads the following, "I pray God your whole spirit and soul and body be preserved blameless unto the coming of our Lord Jesus Christ."

Now, witchcraft, like anything else, be it things of the spirit world or our natural world, is all governed by laws. This is why scripture says, "As the bird by wandering, as the swallow by flying, so the curse causeless shall not come" Proverbs 26:2. This simply means that there have to be legal grounds for someone to be affected by witchcraft which is indeed a curse. In other words, a curse or witchcraft just cannot be randomly be placed on someone. The success of witchcraft on anyone must be initiated by the spiritual law of agreement, which is usually attained via the victim's ignorance. Therefore it will always be the practitioner's job to coerce their victim into agreeing with what they are doing to affect their victim. In any event, as powerful as the witch Doctor, maybe he has no choice but to operate within the boundaries of the law. In so many of my articles, I have mentioned that the Bible is a book of spiritual laws; the lack of knowledge concerning these laws places the victim in an unfavorable position and the practitioner in a position of advantage. The law of agreement states the following, "And the LORD said, Behold, the people is one, and they have all one language; and this they begin to do: and now nothing will be restrained from them, which they have imagined doing" Genesis 11:6. The average person who has read this passage of scripture probably just saw it like a regular story and neglected the fact that the law of unity is tucked away in this passage of scripture. This scripture is saying if two or more people can be on one accord speaking one language, then whatever they imagine doing, nothing will be restrained or held back from them. The fact that it is a principle it can be administered to one's advantage or disadvantage.

This now brings me to the prerequisite of witchcraft. There are two requirements for witchcraft to be effective in a person's life, and they are:

1) The victim must knowingly or unknowingly agree to what is being done to them.

2) The victims must either reject the idea that someone is working witchcraft on them or be totally ignorant of it (lack of knowledge).

Once the above requirements have been met concerning the victim, a third law is now introduced. This law now deals with the victim's imagination and thoughts with the sole effort of controlling his soul. Our Bible gives a stern warning concerning our imagination and thoughts. "Casting down imaginations, and every high thing that exalts itself against the knowledge of God, and bringing into captivity every thought to the obedience of Christ" 2 Corinthians 10:5. Here is what it says, and again I must repeat these are, in fact, laws.

As a reminder, the spiritual law commanded us to cast down all imagination and every high thing that exalts itself against the knowledge of God. By not doing so, you ignorantly agree in essence to these evil spirits' influence on you to the point of complete control. The law further states that we must bring every thought that exalts itself above the knowledge of God (such as fear, worry, witchcraft, etc.) must be brought into captivity to the obedience of Jesus Christ. With that being said, it suggests that if we do not do this, those thoughts become illegal thoughts roaming around in our minds, which will eventually cause us to do things we don't want to do. The truth is that these evil spirits sent via witchcraft perpetrate these foolish thoughts and imagination. Spiritual laws also made mention to us concerning this issue, the following, "Keep your heart with all diligence; for out of it are the issues of life" Proverbs 4:23. Again, the heart is the same as one's mind, and we're being asked to keep or guard it with all diligence because it will be our heart that will dictate the course of our lives… I am sure you can now see why a witchcraft attack begins with the mind?

I have had numerous conversations with folks who don't believe in witchcraft. Some have gone as far as to tell me that no witchcraft can work on them because their "spirit is crossed," or they are covered by the "blood of Jesus." Well, my friends, I have heard many just like them that made the same statements that are either buried under six feet of dirt or have lost it all, including their minds. I have even met spiritual leaders such as Pastors and others who outright do not believe in it or downplay it to the extent that they see no need to teach it. As a result, their followers and members are broke, sick, mentally challenged with the future generations to follow this evil pattern because the spiritual leader refuses to educate the people on spiritual laws. All along, these folks were displaying the symptoms of witchcraft. However,  because of their ignorance of these things, they met an early demise. Let us look at what the spiritual law says about this all too common scenario.

"But if our gospel is hidden, it is hidden to them that are lost: In whom the god of this world hath blinded the minds of them which believe not, lest the light of the glorious gospel of Christ, who is the image of God, should shine unto them" 2 Corinthians 4:3-4. This scripture, which again is a law, is saying that if the gospel of Jesus Christ (the spiritual laws of God the laws that are designed to break every chain and yoke if used according to the law) is hidden or the laws not recognized, it is only so to them that are LOST! The word lost is defined as having gone astray or missed the way; bewildered as to a place, direction, etc. The revelation of this scriptural law further dictates that because of their unbelief, the God of this world (Satan and his demons) has the legal right to now blind their minds to the extent that if one were to speak truth to them concerning witchcraft or any other biblical truth, it's like speaking Spanish to someone who only knows English.

I will end here for right now but join me on Thursday as I further educate you spiritually as it relates to so-called "Prophets" who are operating under a branch of witchcraft dealing with "Familiar spirits" who are enabling them to peep into the lives of others via the occult or demonic means giving you the impression that God is speaking to them when the truth is it's a Demon that is familiar with you that is speaking to them concerning you and you unknowingly coming in agreement with these workers of evil to curse and re-route your destiny. I will also be discussing another branch of witchcraft called the "Marine kingdom "or "Water spirits." These are folks whose idea of spiritual healing deals with giving their victims a bath in the sea, having their victims cast their personal items into the sea such as their clothing, etc., or having their victim dip their feet into the seawater, etc. These people are workers of the Devil misleading the spiritually ignorant to a life of defeat.

Look for me In Thursday's print for the continuation of this life-changing read.

Written by: Kevin L A Ewing
kevinewing@coralwave.com
kevinlaewing.blogspot.com
at May 07, 2013

F ather, amplify your spirit of discernment in me today, enabling me to see beyond the limitations of my five senses. Reveal to me, Lord...