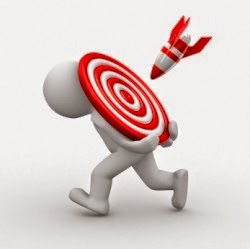 The faith of a Believer is the actual word of God that resides in them. Make no mistake, the enemy is not interested in you the individual; instead he's after the word of God which is FAITH!

I am convinced that whenever our faith is tried/tested it is an indicator that we lack patience in the area in which our faith is being tested. As usual let's seek scriptural support in an effort to validate this spiritual understanding:

"Knowing this, that the trying of your faith worketh patience. But let patience have her perfect work, that ye may be perfect and entire, wanting nothing" James 1:3-4.

In the passage of scripture that I have provided below; if you read it from a spiritual perspective you will quickly discover that when the word of God has been retain by a Believer of Jesus Christ, immediately the enemy moves in by any means necessary to hijack the word of God from the possession of that person. However, this same Devil who is primarily after the word of God in you will covertly make the attack appear as if it's against the individual.

The reasoning behind Satan's plan is, he understands spiritual law. He understands that the law clearly says that we wrestle not against flesh and blood (fellow human beings), according to Ephesians 6:12. He also understands that the moment he convinces us that the attack against us is human based, he also knows that we are in direct violation of that spiritual law and rather than channeling our faith against him, we instead use all physical means necessary to challenge the person or what we think to be the physical source attacking us. This is why folks give up on their faith in God. They believe that once the enemy comes at them, then God should automatically come up against the enemy. The reality is we must engage God through prayer and his word. At the same time we must cement into our understanding that there is always a spirit behind our physical attacks.

the scriptures says, "This is the meaning of the parable: The seed is the word of God. 12 Those along the path are the ones who hear, and then the devil comes and takes away the word from their hearts, so that they may not believe and be saved. 13 Those on the rocky ground are the ones who receive the word with joy when they hear it, but they have no root. They believe for a while, but in the time of testing they fall away. 14 The seed that fell among thorns stands for those who hear, but as they go on their way they are choked by life’s worries, riches and pleasures, and they do not mature. 15 But the seed on good soil stands for those with a noble and good heart, who hear the word, retain it, and by persevering produce a crop" Luke 8:11-15

Again, read the above scripture with spiritual understanding, understanding that Satan is after the WORD OF GOD AND NOT THE INDIVIDUAL, the individual is just a part of the war because he or she is a possessor of the word of God. In other words, if you're not being attacked by Satan and his agents then I strongly suggest you revisit if the word of God truly resides in you!